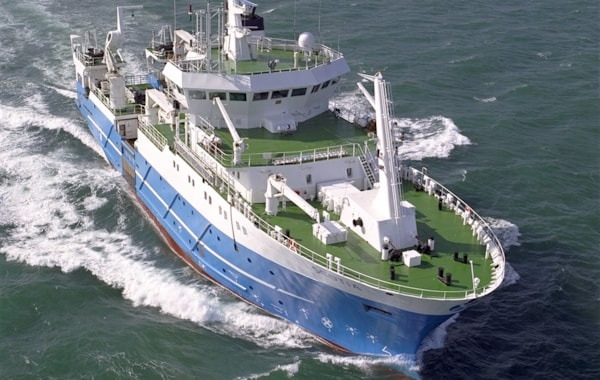 The exact location of the WW1 destroyer HMS Pheasant has been confirmed following a maritime archaeology project this summer.

The exact location of the WW1 destroyer HMS Pheasant has been confirmed following a maritime archaeology project this summer.

Orkney Research Centre for Archaeology (ORCA), the University of the Highlands and Islands Archaeology Institute and SULA Diving can now confirm that the archaeological maritime survey conducted last month from the decks of the Marine Scotland vessel MV Scotia has located the site of the First World War destroyer HMS Pheasant and for the first time the wreck can be viewed through the use of Multibeam Sonar technology.

The wreck itself is protected as a designated vessel under the Protection of Military Remains Act 1986 which means that it can be dived but not entered or disturbed without permission from the Ministry of Defence.

HMS Pheasant was an M class destroyer built by Fairfield Shipyard on the Clyde and launched on 23rd October 1916. At 0.15 on the morning of 1st March 1917 the ship left Stromness to patrol the waters to the west of Orkney. Steaming down the west side of Hoy at full speed she most likely struck a mine off Rora Head close to the Old Man of Hoy that had been laid on the 21st January 1917 by German submarine U 80.

The Trawler HMT Grouse was at anchor under Rora Head due to the heavy sea prevailing at the time and two deck hands on watch reported an explosion and smoke at 06.00 but tragically the skipper was not informed till 08.00 when she proceeded to the area. The Trawler HMT Cairo which was patrolling in the Hoy Sound heard a faint explosion at 06.00 but took it to be gunfire and so remained on station off Stromness.

The first reports only started coming in two hours after HMS Pheasant struck the mine when at 08.15 the trawler HMT Oropesa reported finding ‘’ Large quantities of oil and some wreckage one mile west of Old Man of Hoy.” The crew also picked up a life buoy marked HMS ‘Pheasant’.’
Eighty nine crew were aboard HMS Pheasant when she was lost. Only one body was recovered: that of Midshipman Reginald Campbell Cotter RNR. He was 20 years old and he is buried in the military cemetery at Lyness, Hoy, Orkney.

This year marks the centenary of the loss of HMS Pheasant and there is an initiative underway to develop a memorial on Hoy, Orkney to commemorate all those who lost their lives aboard. This is being led by Kinlay Francis, Orkney Uncovered and Kevin Heath, SULA Diving.