Scottish astronomer Williamina Fleming died - On this day in history 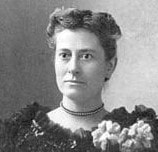 Scottish astronomer Willamina Fleming died - On this day in history

Dundee-born Fleming emigrated to the USA after her marriage but, when her husband abandoned her and her young son, was forced to find employment.

She worked as a maid for Professor Edward Charles Pickering who reportedly became frustrated at the slow work of his assistants and declared that his maid Willamina could do a better job than them. She was taken on at Pickering's observatory where she helped to devise and bring into use a system for classifying stars - eventually classifying more than 10,000 stars.

Fleming was put in charge of a team of female clerics, hired to carry out mathematical calculations, and she also helped to edit the publications of Pickering's observatory. She was awarded the Guadalupe Almendaro medal for her work in classifying stars and a crater on the moon is jointly named for her and Alexander Fleming.