Scottish churches and abbeys connected with the Stewart kings and queens Follow in the footsteps of the Stewart monarchs with our guide to churches and abbeys which bring this turbulent and fascinating period to life.

Founded in 1140 by monks of the Arrouisian Order, Cambuskenneth Abbey is the final resting place of King James III and his queen, Margaret of Denmark. The Abbey served the nearby Stirling Castle, and King James was buried at the Abbey following his death at (or just before) the battle of Sauchie (1488) which saw his followers face the adherents of his son, the future James IV.

The tomb of James III and Queen Margaret, created on the orders of Queen Victoria, can be found outside the abbey, and visitors can also see a rare free-standing campanile (bell tower) which dates to the 13th century. 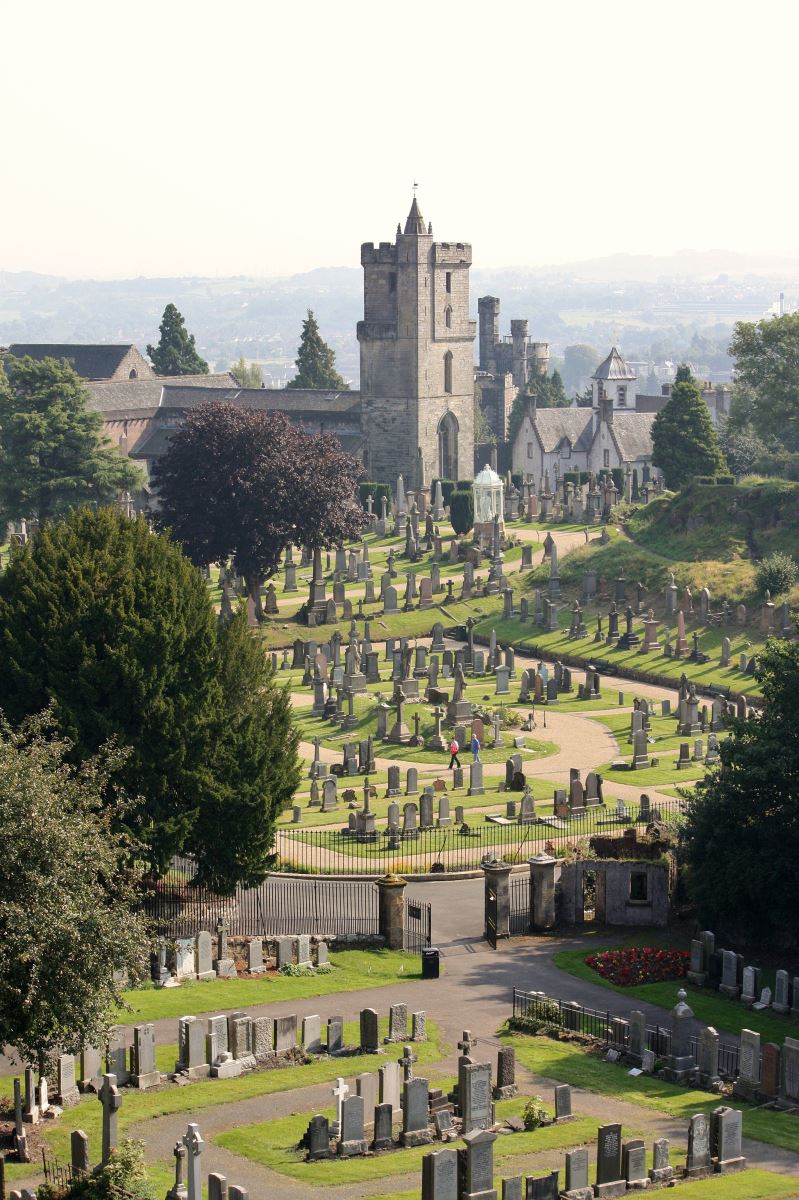 2. Church of the Holy Rude

Founded in 1129, Church of the Holy Rude has close associations with the Stewarts, due to its proximity to Stirling Castle. The church was founded in 1129 by King David I, and two centuries later, Robert II founded the Holy Rude(meaning Holy Cross) altar, giving the church its present name.

The medieval church was destroyed by fire in 1405 and a new church built over the following decades; this is the church that today’s visitors can explore – and it is still a working church. King James VI was crowned here in 1567 and Stirling is believed to be one of just three churches in the UK (apart from Westminster Abbey) which has held a coronation and is still a working church.

Look out for the original (and rare) oak beamed roof, the marks from Civil War musket shots on the exterior of the church and an unusual gravestone in the kirkyard which is carved with a bodysnatcher drawing. 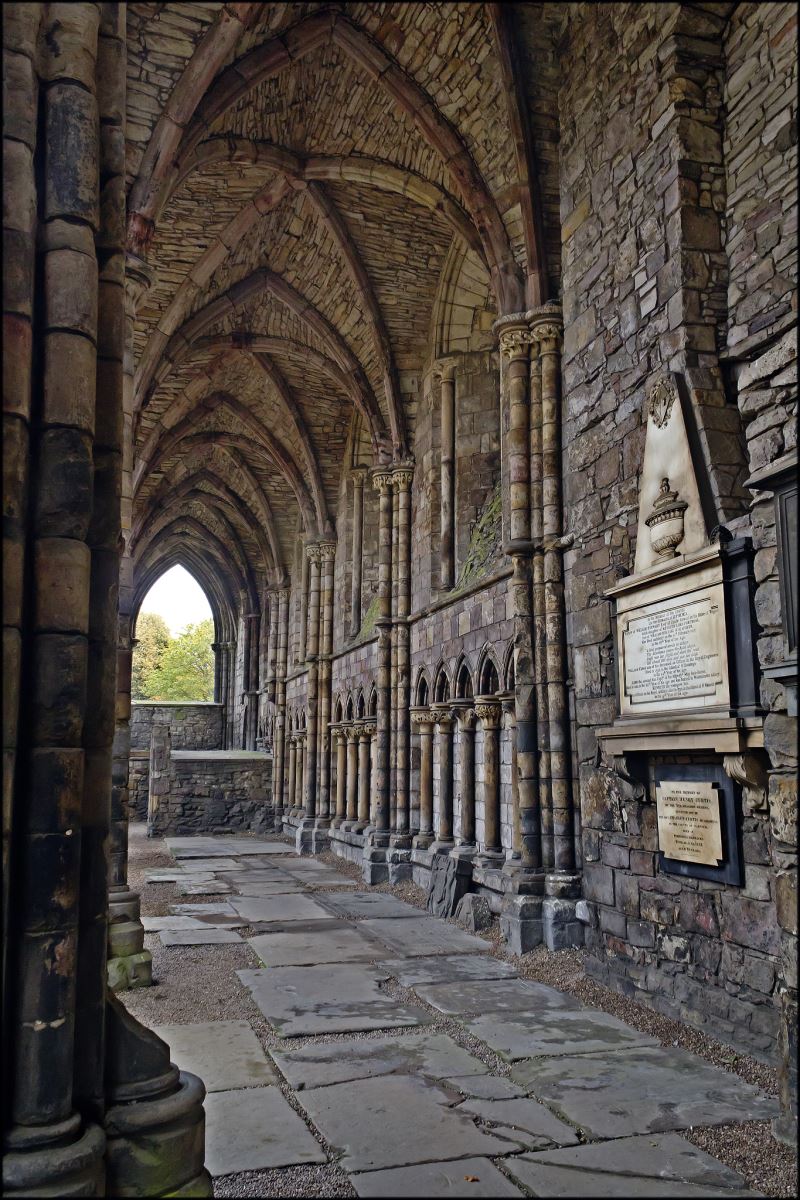 From its foundation in 1128 by King David I, Holyrood Abbey acted as both a royal residence and a place of worship. Most of the remains that today’s visitors can see date to the rebuilding of the church, which was completed between 1195 and 1230, although the processional doorway is from the original building. By the time of the Reformation, a substantial part of the Abbey had been converted into a royal residence.

The Abbey is the burial place of kings David II, James II, James V, and Henry Lord Darnley, the second husband of Mary Queen of Scots. It is cared for by Historic Scotland and visitors can explore the Abbey nave, gardens and Gothic front, as well as admiring David I’s east processional doorway. 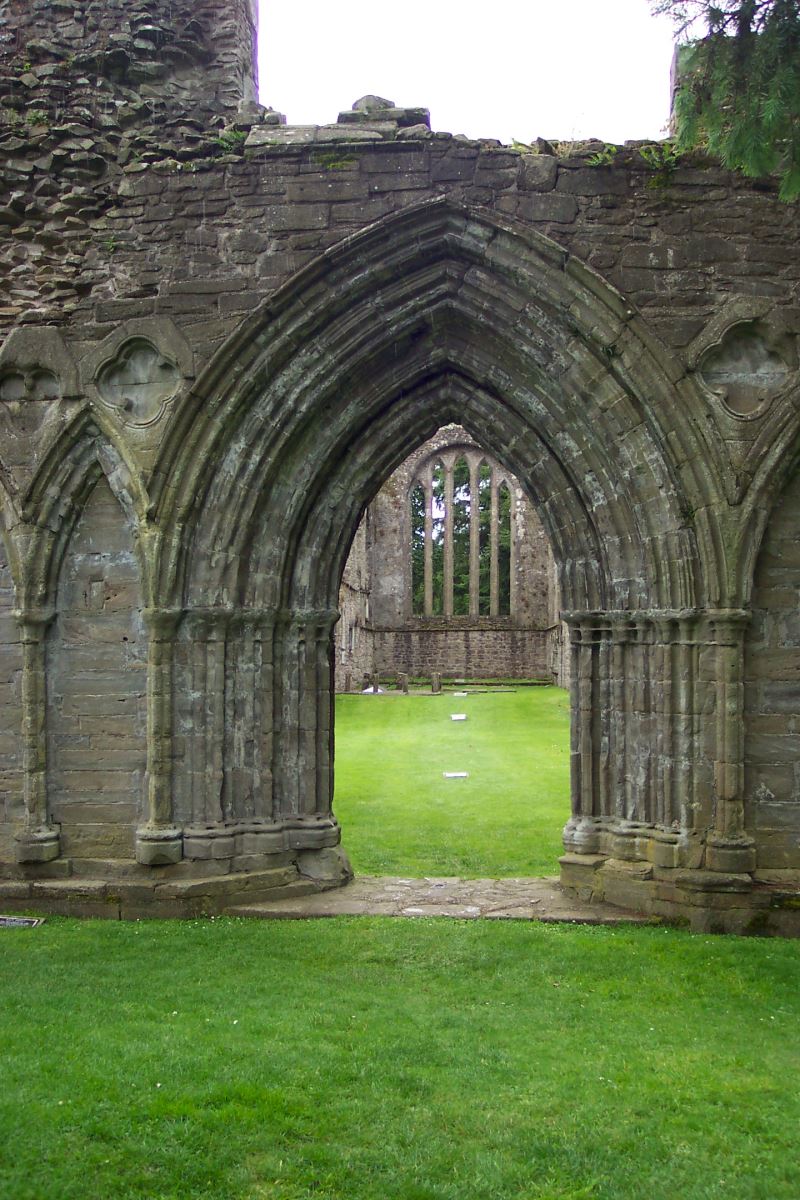 An Augustinian monastery which dates to 1238 and is set on an island in the Lake of Menteith. The priory and the island have strong links with the Stewarts and in 1547, Mary Queen of Scots was brought here for three weeks for safety as a child; an event commemorated by a plaque on the site.

The chapter house is home to a fine collection of grave slabs, including an effigy of Walter Stewart (father of King Robert  II) who died in 1295. In 1926, the island was gifted to the Stewart Society in perpetuity; the priory is cared for by Historic Environment Scotland. 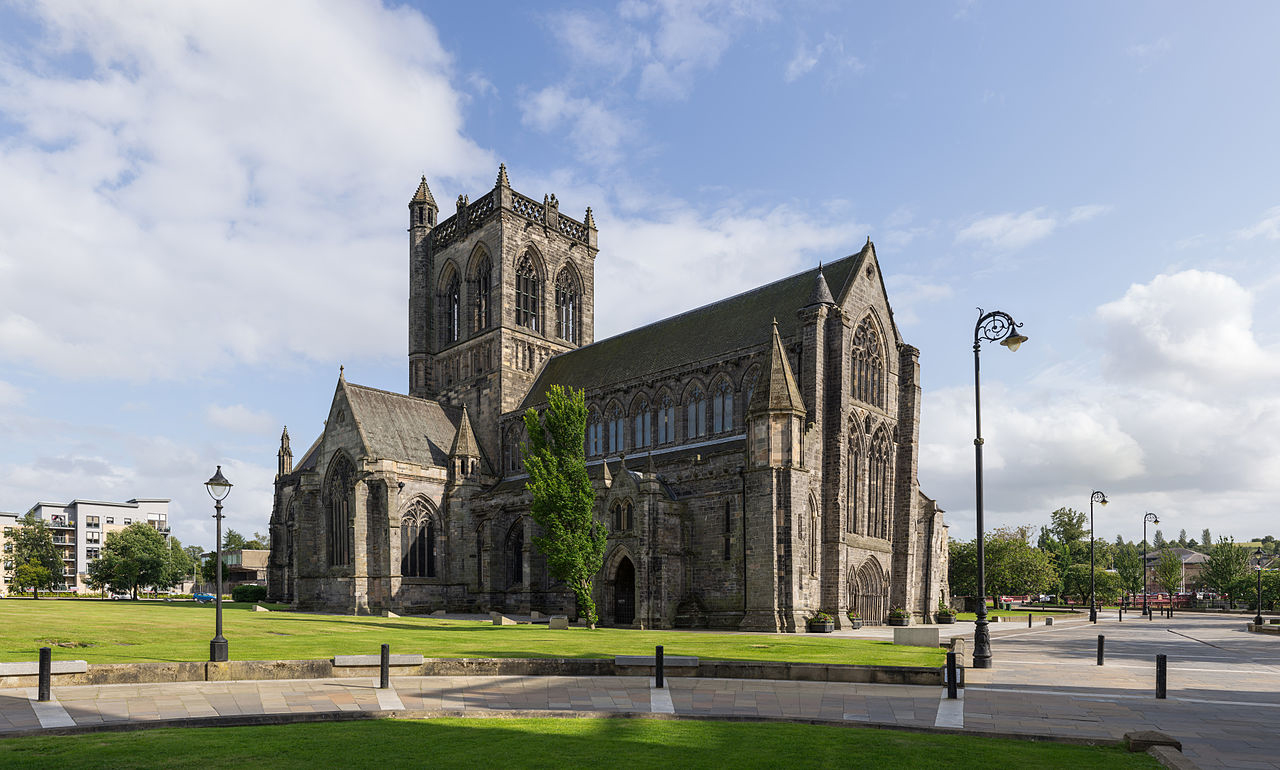 Styled ‘the cradle of the Royal House of Stewart’, Paisley Abbey was founded in 1163 and is still a place of worship. The Abbey’s association with the Stewarts was cemented after the death of Marjory, wife of the sixth High Steward Walter, who was buried at Paisley Abbey following a riding accident. Marjory had been pregnant with a child – the future Robert II, founder of the Royal House of Stewart – who was saved. Six High Stewards are buried at the Abbey, as well as the wives of Robert II and Robert III.

Notable features at the Abbey include the 1,000-year-old Barochan Cross, the 12th-century processional doorway and the tomb of Marjory Bruce, with its carved effigy. 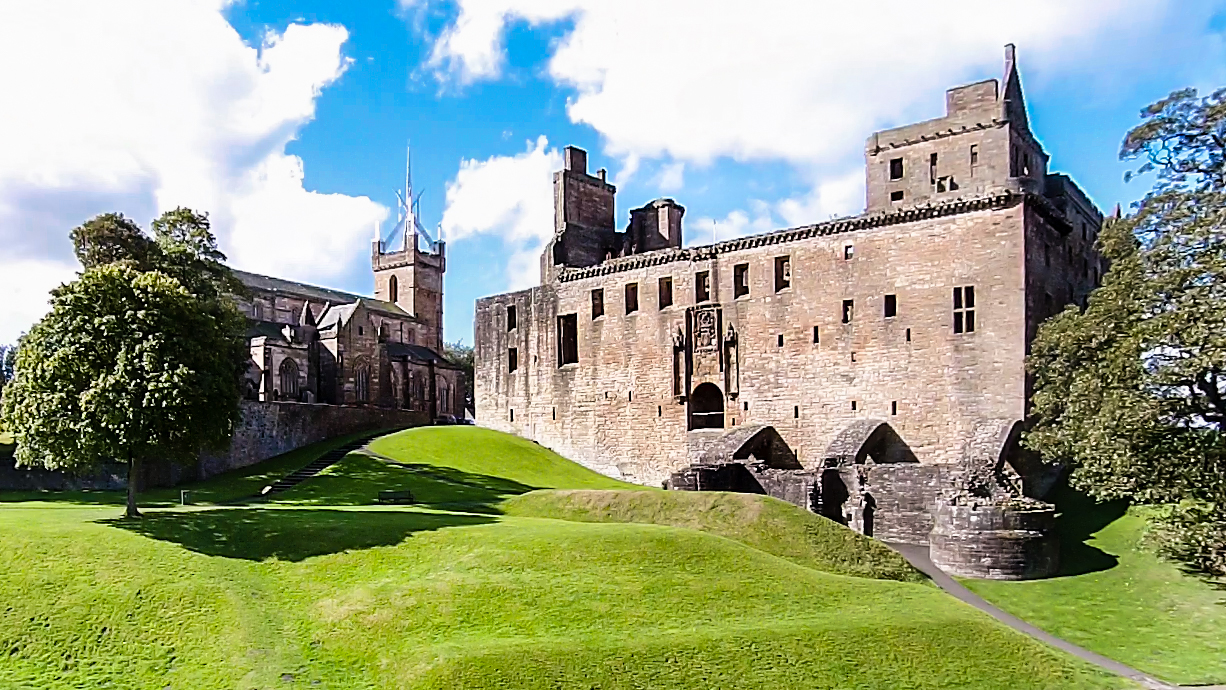 Standing beside Linlithgow Palace, St Michael’s has been at the centre of the town’s history for centuries. Mary Queen of Scots was baptised at the church in December 1542. The church tower is topped by a distinctive aluminium spire which is intended to evoke the original stone crown spire (similar to that at St Giles in Edinburgh) which was removed in the 19th century.

The earliest church records date to 1138, when the church is mentioned in a charter by David I. The building was badly damaged by warring English troops in the thirteenth century and was badly burnt in a fire in 1424 which destroyed much of Linlithgow. The rebuilt church was completed in 1540