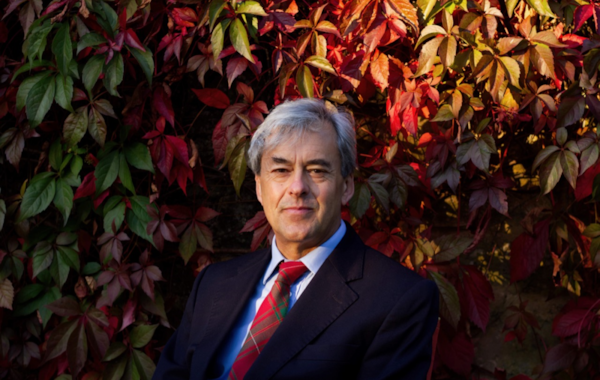 Clan Carruthers Society-International (CCSI) has announced that after a gap of 201 years, Clan Carruthers has a chief, Dr Simon Peter Carruthers, who now becomes known as ‘Carruthers of Holmains’.

Clan Carruthers Society-International (CCSI) has announced that after a gap of 201 years, Clan Carruthers has a chief, Dr Simon Peter Carruthers, who now becomes known as ‘Carruthers of Holmains’.

Simon Peter Carruthers’ (known as Peter) claim to chiefship has been upheld by the Lord Lyon King of Arms, the head of the Lyon Court, which is the supreme heraldic authority for Scotland and Scots living overseas.

CCSI explained in their report that a Scottish chief is a hereditary title and is conferred by confirmation of the right to bear the clan’s or family’s chiefly Arms. To do so, the Lord Lyon must be satisfied that the petitioner is the rightful heir of the last recognised chief and bearer of the chiefly Arms.

The road to the title

After much consideration, the Lord Lyon was satisfied, and in a Decision issued on 19 August 2019 and published on 9 September 2019, he found Peter 'entitled to be recognised in the name, style and title of ’Simon Peter Carruthers of Holmains, Chief of the Name and Arms of Carruthers' and maintained, ratified and confirmed “the plain undifferenced Arms of Carruthers of Holmains originally matriculated c. 1672.

This Decision followed nearly 20 months of proceedings before the Lord Lyon, including two hearings of the Lyon Court in Edinburgh, as the second of which (held in March 2019), Peter Carruthers was represented by Sir Crispin Agnew of Lochnaw, Bt, QC (who himself is a Chief – of Clan Agnew).

Peter succeeds his fourth great-grandfather, John Carruthers, 12th of Holmains & Kirkwood, and 8th Baron (died 1809), the last recognised head of Carruthers. John 12th was a direct descendant of the first chiefs of Carruthers, dating back to the 13th century. From the 16C, Holmains, in the parish of Dalton in Dumfriesshire, was the seat of the senior house of Carruthers.

Peter said: 'The Carruthers are a unique and special family. There are many more of us in Scotland, the UK and around the globe, than people realise! And over the centuries we have had many distinguished family members, some celebrated, some unsung, who have served their countries and contributed to the common good. It is a great honour and a sober responsibility to have inherited the position of Chief of Carruthers and I will do my best to lead and serve the family in our future together.

'The congratulations we have already received from many across the world have been humbling and heart warming. My hope now is that my appointment will help gather the Carruthers together under one banner. I hope also it will encourage other armigerous clans to persevere in seeking to identify and confirm their chiefs or commanders through the auspices of the Lyon Court.'

QUICK LINK: How did the clan system work and why did it disappear?