Clan MacEwen prepares to welcome its first chief in 500 years 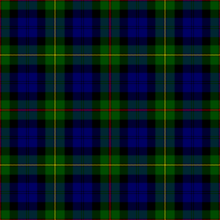 'Reviresco - We Shall Rise Again' is the motto that is coming true for Clan MacEwen, a chiefless clan for 500 years who are about to make history when they appoint a new chief.

'Reviresco - We Shall Rise Again' is the motto that is coming true for Clan MacEwen, a chiefless clan for 500 years who are about to make history when they appoint a new chief.

Sean A McCuin, Clan MacEwen's chairman, takes up the story:

At one time an important and numerous Cowal Clan, in the 15th century the MacEwens fell into a decline which led to them losing their lands by Loch Fyne to the Campbells. Their chief at the time, Swene MacEwen, proved to be their last.

With the revival of the clans in the 19th century, the clan began to re-organize and established their tartan, their crest (an ancient oak tree sprouting forth new growth) and their rallying cry, “Reviresco” which means “We shall rise again”. Then, in the 1950s, the poet and parliamentarian Sir Jock McEwen was approached to see if he would consider becoming Chief.

The subject lapsed for a while but in the 1990s was revived when Sir Jock’s grandson, Sir John, 5th Baronet of Marchmont and Bardrochat, an actor and writer resident in Berwickshire, was asked by the Clan Ewen Society if he would be interested in taking on the burden of Chiefship. Other clans were claiming MacEwens as members and the MacEwens were powerless to prevent this because they had no Chief. Sir John agreed to seek recognition by the Lord Lyon.

After considerable negotiation, in 2014, at a derbhfine (family convention) in Clydebank overseen by Adam Bruce, the Marchmont Herald from the Lyon office, Sir John (pictured left) was recognised as Commander of Clan MacEwen.

Now the time approaches for this recognition to be renewed as one further step towards Sir John being recognised as Chief of the Name.

On 1 June, the MacEwens are gathering from all over the world at the Kilfinan Hotel, Loch Fyne, near the site of the ancient Castle MacEwen, and together compose a very important petition of support to be sent to the Lord Lyon explaining why it is believed that Sir John McEwen should be Chief of Clan MacEwen and that we are happy with his leadership. Thus will this great Clan of poets and musicians, doctors, politicians and engineers, be restored to its rightful place in Scottish life and indeed rise again!

If you would like to learn more about Clan MacEwen, and their journey to Chiefship, or would like to attend the derbhfine/gathering in Kilfinan, more information can be found at the Clan's website.