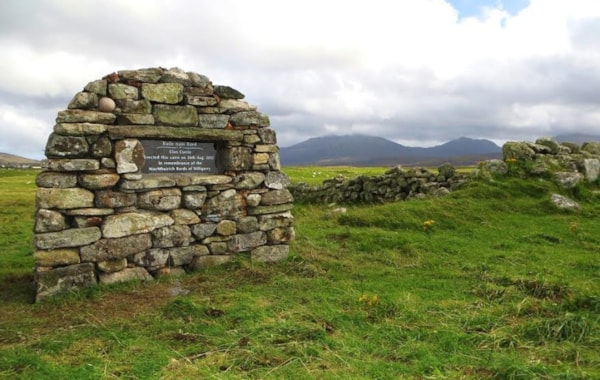 Scotland's 'pre-eminent Bardic family', the Curries, are to meet in Scotland this summer to elect their first leader for eight centuries, and to take part in the Edinburgh Military Tattoo, as part of the event's splash of tartan theme.

Scotland's 'pre-eminent Bardic family', the Curries, are to meet in Scotland this summer to elect their first leader for eight centuries, and to take part in the Edinburgh Military Tattoo, as part of the event's splash of tartan theme.

This August, members of the worldwide Currie family (anciently MacMhuirich, “MacVurich”), once influential poets and historians to the Lords of the Isles and other prominent families and clans, will gather in Scotland to take part in two special events.

They will hold a Family Convention to select their first Commander and later join, at the Royal Edinburgh Military Tattoo, with other honoured families and clans to celebrate the Scottish Diaspora as part of the Tattoo’s “Splash of Tartan” celebration.

In a process regulated by Dr. Joseph Morrow, Lord Lyon King of Arms, family members will meet at The Trades Hall of Glasgow on 15 August 2017 at 2.00pm for a Family Convention to select a Commander who would act as Head of Family in the anticipation of a later selection of a Chief of the Name and Arms of Currie. As part of the procedure to find that person, the family has conducted an international search for Representers. The closing date for nominations is noon, 30 June 2017.

The Court of the Lord Lyon, which has jurisdiction in such matters, said there are a number of reasons why a family might hold a Family Convention. Most appropriately for the Curries, it’s, “Where neither blood link to a past chief nor Representer of a cadet line can be identified but it is wished to propose a particular person of the surname as Commander.” The proceedings in Glasgow will be overseen by Liam Devlin, Unicorn Pursuivant, as the appointed Presiding Officer.

Professor Hugh Cheape from the National Centre for Gaelic Language and Culture, who is also a member of the History Scotland editorial board, added, “This kindred [Currie] as ‘bardic dynasty’ with such a remarkable history ought now to be recognised on the wider stage of Scottish culture as a family with an independent role at the centre of a widely connected and well-ordered culture...”

Will the Currie family ever be a clan?

Will this family, descended from the 13th century Irish bard, Muireadhach Ó Dálaigh (O’Daly) ever be considered a Clan? Well-known genealogist, heraldist and historian Dr Bruce Durie said, “Historically there never was a Clan Currie or Clan MacMhuirich, with territories and a quasi-military structure.

"The term ‘family’ is probably inappropriate for Currie, as it indicates the Lowlands. The MacMhuirichs, however, were proud Highlanders, and hereditary bards to a number of clans. They were truly a ‘learned kindred’, which may be the best designation for Currie.”

On 19 August at 10.30pm, as part of an exciting new partnership between the Scottish Diaspora and the Royal Edinburgh Military Tattoo, the Curries, one of a number of honoured clans and families, will march up the Royal Mile onto Edinburgh Castle esplanade and be recognized in a pre-show ceremony.  A proud moment for all involved.

The Reverend Dr. David Currie said, “As chaplain of the Clan Currie Society, I have had the privilege of meeting hundreds with my surname from around the world at our ‘Pipes of Christmas’ concerts, ‘Tartan Day on Ellis Island,’ and other events. One of the most memorable events for me was marching up the Royal Mile as part of the Gathering of the Clans event about a decade ago.  As we Curries took our place alongside other Scottish families, the only thing that I thought could make it better would be if we could take our place as formally recognized by the Lord Lyon with a commander or chief."

The images shown here were taken in South Uist on the occasion of a cairn dedication in memory of the Currie/MacMhuirich bards, with the exception of the stone which is from Makars Court in Edinburgh honoring poet Lachlan Mor MacMhuirich. The stone was dedicated in 2011.