Rise of the Clans on BBC One Scotland, presented by Neil Oliver 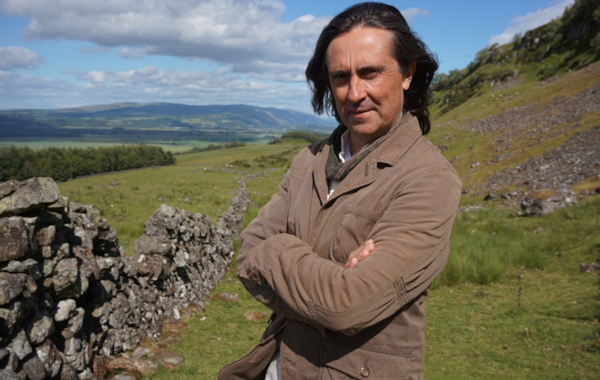 Neil Oliver travels back in time for this new three-parter series to reveal the real life Game of Thrones; the story of Scotland’s ancient clans.

Neil Oliver travels back in time for this new three-parter series to reveal the real life Game of Thrones; the story of Scotland’s ancient clans. The new series includes an appearance by History Scotland's reviews editor, Dr Katy Jack, who is also visitor services supervisor at Falkland Palace. Read Katy's article on Mary Queen of Scots and Falkland Palace here.
Rise of the Clans shows a blood-soaked saga of battles and feuds, loyalty and betrayal, love and death set against the country’s wild mountains and glens.
QUICK LINK: Interactive clan map
In the first episode, Neil follows the clans as they rally behind Robert the Bruce in his against-all-odds bid to win Scotland’s crown. After their crucial role in crushing the English at Bannockburn in 1314, Bruce rewards the loyal Chiefs with land and titles. They will rise to shape the fate of kingdom in the centuries to come.
Series information

Rise of the Clans starts on BBC One Scotland on 3 December 2018 and will be available after broadcast on BBC iPlayer.