£300,000 investment for Arbroath Abbey to mark Declaration of Arbroath anniversary 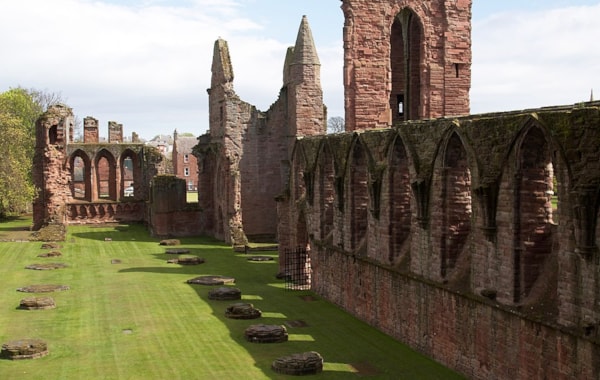 Historic Environment Scotland has today (6 March) announced a £300,000 investment to enhance the visitor offer at Arbroath, 700 years after the Declaration was created.

The Declaration of Arbroath (originally known as the Barons’ Letter) is one of Scotland’s most important historical documents. The letter was written in medieval Latin and sent to the Pope from Robert the Bruce and his barons, asserting Scotland’s independence from England and asking the Pope to recognise Bruce as the lawful King of Scotland.

A new exhibition will explore the history of the Abbey from its founding in 1178 to the present day. A new short animated film has been created to visually tell the story of the history and content of the letter.

Other highlights for visitors at Arbroath Abbey include medieval artifacts that relate to the site such as:

Other exhibition features include a new digital model of the Abbey as it once was, and an on-screen resource about the barons who supported the sending of the Declaration.

Free entry to Arbroath Abbey and the exhibition

Historic Environment Scotland is marking the anniversary day by opening the new exhibition and offering free entry to the site from 11am-5.30pm on Monday 6 April 2020.