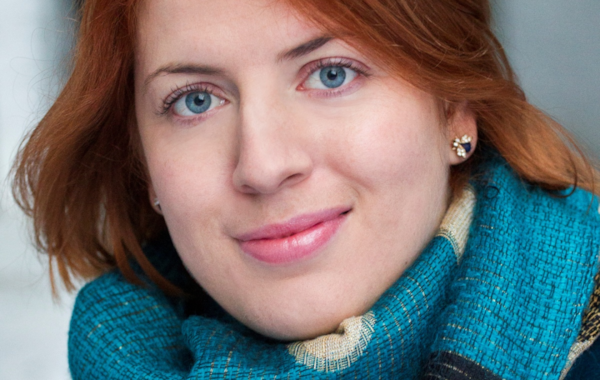 In 1506, Britain’s first known African baby was born in Scotland – something of such interest that a nurse was paid to show the infant to King James IV. The royal record of this event has been identified in new research by Dr Miranda Kaufmann.

In 1506, Britain’s first known African baby was born in Scotland – something of such interest that a nurse was paid to show the infant to King James IV. The royal record of this event has been identified in new research by Dr Miranda Kaufmann, author of the recently published book Black Tudors.

Dr Kaufmann's painstaking research identified over 360 Africans living in Britain between 1500 and 1640, including some 13 in Scotland, where they were mostly referred to as Moors.

Scotland’s early 16th century royal household featured a number of Africans, including a drummer, maidservants and a favoured courtier named “Peter the Moor”.

Dr Kaufmann will be discussing her book and its revelations about our multicultural past at Wigtown Book Festival on 22 September. She said: “It’s fascinating to dig into the records and start to recover evidence of Africans in Scotland more than 500 years ago. They were often linked to the royal household, as entertainers or servants, and travelled all over the country in the royal entourage.

“We know that in the early 1500s a Moorish drummer visited Dumfries with the court along with a troupe of Italian minstrels and that in 1506 the first African baby known to have been born in Britain was presented to the Scottish king.

“It’s a tremendous privilege to rediscover these records and get a glimpse of some remarkable lives.”

Like the other Africans in Scotland at the time the drummer or “More taubronar’” was a free person not a slave, and was paid £17 a year, the same as the Italians.

Substantial sums were paid from the royal coffers to decorate his drum, travel round Scotland, and to support his wife and children while he was away. The king even covered medical expenses when the drummer was injured. On 24 February 1504 a fee was paid to cover the cost of a horse to take another African, “Peter the More”, to Dumfries. These are the first known Africans in the town.

Peter first appears in the record in 1501 and after several years at court the king paid for him to go to France, then provided him with a regular pension on his return in 1506. His role is unknown but the fact that he was well paid and provided with horses indicate that he was highly favoured.

In 1504 a number of travel payments were made for two Moorish lasses (who may have been called Elene and Margaret) in and around Queensferry, Inverkeithing, Edinburgh and Dunfermline. One was christened in December, which is the first known example in Britain.

The next year each was given dresses in February and September, these were of respectable but inexpensive woollen cloth. Then, on 14 February 1506, there is a note to say that a nurse had been paid to take the Moorish baby (“Moris barne”) to be shown to the king – the first known African birth in Scotland.

Later in the century Anne of Denmark, who married James VI and I, had an African servant in Edinburgh c.1590-1594. He was probably the “absolutely real and native blackamoor”, who, according to a Danish account, led the procession during Queen Anne’s ceremonial entrance into Edinburgh in 1590, carrying a drawn sword.

He may also have been the “Blacke-Moore” drawing a triumphal chariot at the entertainment following the baptism of James and Anne’s son Prince Frederick Henry in 1594. Queen Anne was portrayed with a black groom in 1617 (see the portrait in the Royal Collection here, but as this was twenty-three years later, he may not have been the same man.

Not all Africans in Scotland were linked to the court. In 1512 the Moorish servant of Andrew Forman, the Bishop of Moray, is recorded as taking a gift to the king.

In 1549 a “Mour” who was a mercenary and skilled horseman was billeted at Hume, Berwickshire, and referred to in a letter from Lady Home to Mary of Guise as being “as scharp a man as rides”.

Like this man, other Africans, may only have been in Scotland temporarily. The records show that two “blak More freris” – African clerics – were guests at court in 1508.

YOU MAY ALSO ENJOY: Places connected with Macbeth