Face of a Neolithic dog revealed for the first time in 4,000 years 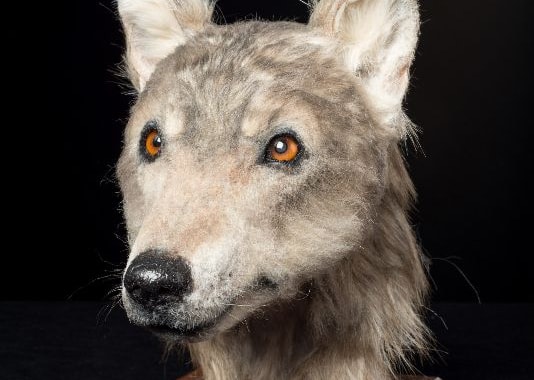 Face of a Neolithic dog

A 4,000-year-old canine skull has been CT-scanned to form the basis of a project to digitally recreate the face of a Neolithic dog discovered at Culween Hill chambered cairn in Orkney.

A 4,000-year-old canine skull has been CT-scanned to form the basis of a project to digitally recreate the face of a Neolithic dog discovered at Cuween Hill chambered cairn in Orkney -  5,000-year-old tomb where the bones of men, oxen and dogs have been discovered.

The reconstruction, commissioned by Historic Environment Scotland (HES), was created using a canine skull, now in the collection of National Museums Scotland, that was CT- scanned by staff in the Diagnostic Imaging Service at Edinburgh University's Royal (Dick) School of Veterinary Studies. This enabled HES's Digital Documentation team to make a 3D print, which was in turn used by forensic artist Amy Thornton to create a realistic model of the dog's head, building up muscle, skin and hair in the same way she would approach a human head.

In all, 24 skulls were discovered when the site was excavated in 1901. Radiocarbon dating of the dog bones unearthed at Cuween has shown that the dogs were placed in the chamber more than 500 years after the passage tomb was built, suggesting that they were ritually buried.

How was the reconstruction created?

"This brought its own set of challenges, as there is much less existing data relating to average tissue depths in canine skulls compared to humans.

"The reconstruction was originally created in clay using traditional methods, with a 3D print of the Cuween Hill skull as the base to build the anatomy on to. The completed sculpture was then cast in silicone and finished with the fur coat resembling a European grey wolf, as advised by experts. The resulting model gives us a fascinating glimpse at this ancient animal." 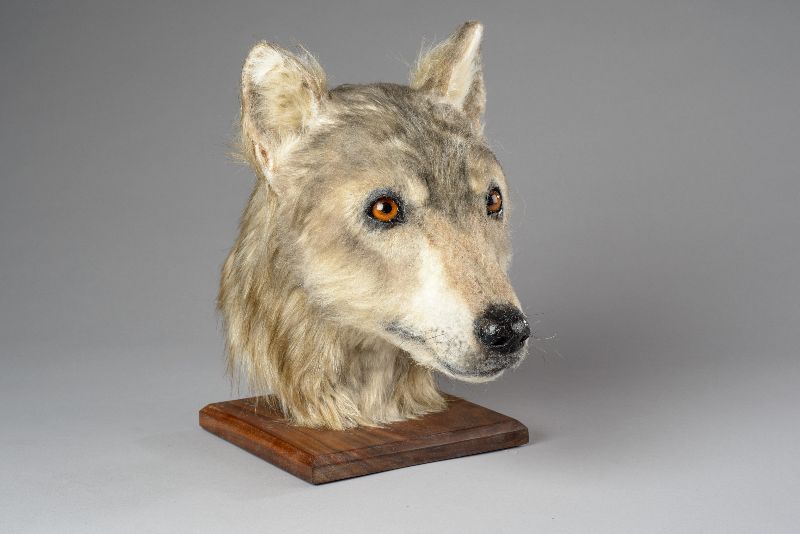 Steve Farrar, Interpretation Manager at HES, said: "Just as they’re treasured pets today, dogs clearly had an important place in Neolithic Orkney, as they were kept and trained as pets and guards and perhaps used by farmers to help tend sheep.

"But the remains discovered at Cuween Hill suggest that dogs had a particularly special significance for the farmers who lived around and used the tomb about 4,500 years ago. Maybe dogs were their symbol or totem, perhaps they thought of themselves as the 'dog people'.

"While reconstructions have previously been made of people from the Neolithic era, we do not know of any previous attempt to forensically reconstruct an animal from this time.

"Looking at this dog helps us better relate to the people who cared for and venerated these animals, people whose ingenuity and sophistication made Orkney such an important place in the Neolithic and who have left us with such a rich legacy of monuments today."

The canine reconstruction is part of a wider project to use cutting-edge technology to share the stories of Orkney's Neolithic chambered tombs with visitors. Last year, HES published 3D digital models of these chambered cairns, created through photogrammetry to better reveal the sophisticated structure of these monuments with the public. This process involves taking hundreds of overlapping images which are then combined to create a 3D model, enabling users from anywhere in the world to explore the sites in detail online.

All of this new research will form part of updated interpretation panels for visitors to Orkney's chambered cairns, including Cuween Hill, due to be installed this summer. The reconstruction itself will also be going on display in Orkney later this year.