Jacobite Clans: The Jacobites in Perthshire 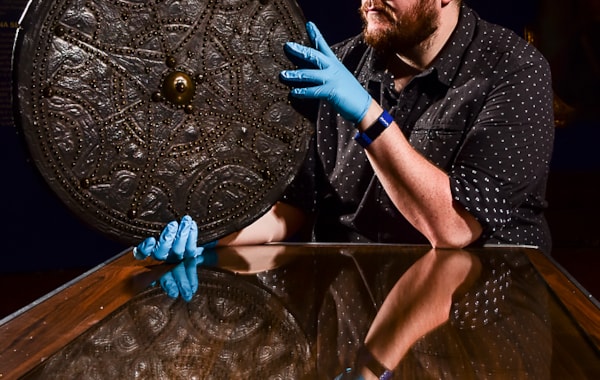 A major exhibition at Perth Museums & Art Gallery explores the Jacobites in Perthshire, focusing on the great clans and families of the region around the time of the Battle of Killiecrankie of 1689.

A major exhibition at Perth Museums & Art Gallery explores the Jacobites in Perthshire, focusing on the great clans and families of the region around the time of the Battle of Killiecrankie of 1689.

Jacobites Clans highlights the role the Jacobites in the Perthshire area played in Scottish history, and has been developed by working with external partners including Blair Castle and Archive, the Library of Innerpeffray, National Galleries Scotland and a number of private collections to secure new loans for objects, some of which have never been on public display.

The Jacobites in Perthshire

In part due to its strategic location between the Highlands and Lowlands, Perthshire saw many of the bloodiest episodes of the wars. Perth, the scene of the wars’ first engagement; a daring night-time raid by the Jacobite Champion, John Graham of Claverhouse (famously known as ‘Bonnie Dundee) was occupied by the Jacobites in 1715 and 1745.

Claverhouse himself was killed in the fateful Highland charge which secured Jacobite victory on the field at Killiecrankie near Pitlochry. A month later, Dunkeld was totally destroyed in fierce street fighting which saw Claverhouse’s Jacobite rising of 1689 finally defeated.

Having occupied large swathes of the Highlands, the Earl of Mar’s Jacobite army occupied Perth in 1715. Known as ‘Bobbing John’ for his indecision and changing allegiances, Mar’s army met the Government’s forces in southwest Perthshire, in the shadow of the Ochil Hills on a patch of heathland known as Sheriffmuir. After a bloody but inconclusive battle, the Jacobites withdrew back up Strathearn torching the towns and villages as they went. Crieff, Auchterarder, Blackford, Dunning and Muthill were largely burnt to the ground.

The Jacobite leader, James Francis Edward Stuart arrived in Perth from exile in January 1716 but dwindling Jacobite support forced him to return to France the following month. With him went the Earl of Mar and ‘the ‘15’ as the rising is sometimes known, ended in Jacobite defeat.

After a brief and unsuccessful rising in 1719, James’s son, Charles Edward Stuart, known as ‘Bonnie Prince Charlie’ landed on the west coast of Scotland in 1745 and shortly afterwards approached Perth. In the face of the occupying army, the provost and town magistrates fled south but the Prince was enthusiastically received by the town’s citizens. A significant number of local individuals and families joined the invading Jacobite forces including the Prince’s two senior commanders, James Drummond, Duke of Perth and Lord George Murray of Blair Atholl.

After occupying Edinburgh and defeating government forces in the Battle at Prestonpans, the Jacobite army marched south reaching Derby in the English Midlands before being forced to retreat north. Bonnie Prince Charlie’s cause ended with defeat on the battlefield of Culloden in 1746. Perthshire’s surviving Jacobites faced trial, execution and exile; their possessions forfeited.

A wealth of Jacobite material

Nicola Small, Jacobite Clans Exhibition Curator, said “For a conflict that played out across the length of Scotland, England and Ireland, it is notable that many of the bloodiest episodes of the Jacobite Wars took place in Perthshire. A great number of local sites have Jacobite associations whether they hosted Bonnie Prince Charlie (like Castle Menzies near Aberfeldy) or were besieged by Jacobites (such as Blair Castle). As well as the important battle-sites of Killiecrankie and Sheriffmuir, sites across Perthshire have contributed stories and objects to this exhibition.

Alongside the Jacobite material held in the permanent collection at Perth Museum & Art Gallery, curators have been able to draw from a wealth of Jacobite material held by organisations and private individuals across Perthshire. Often these objects are family heirlooms and are attached to little-known experiences of the individuals caught up in these enormous events.”

Jacobite Clans is on at Perth Museum and Art Gallery from 29 June to 26 October 2019. Admission is free.

Jacobite Clans has been developed in partnership with Blair Castle & Archive, the Library of Innerpeffray, National Galleries Scotland, Drambuie Collection at William Grant & Sons, Clan Donnachaidh Museum and a number of private collections.