Isabel Murtough of Hansons with the embroidery

A fragment of bedcurtain reputed to have been embroidered by Mary, Queen of Scots is coming to auction on 7 December after surviving Storm George.

STOP PRESS: The below item sold at auction for £3,200 to a buyer in Northamptonshire.

Rain water poured into a property in the Scottish Highlands where the historical item was being stored in 2020. But it survived the weather onslaught and is now being offered for sale. It is expected to fetch in excess of £1,000 in Hansons Auctioneers’ Derbyshire Fine Art sale on 7 December 2021.

According to an inscription, the rare piece of material was embroidered by ‘Queen Mary of Scotland while in prison’ in the 16th Century.  However, the item may have been lost forever but for the eagle eyes of the seller, an antiques fan from Northamptonshire. She discovered it by chance at an auction house around five years ago. 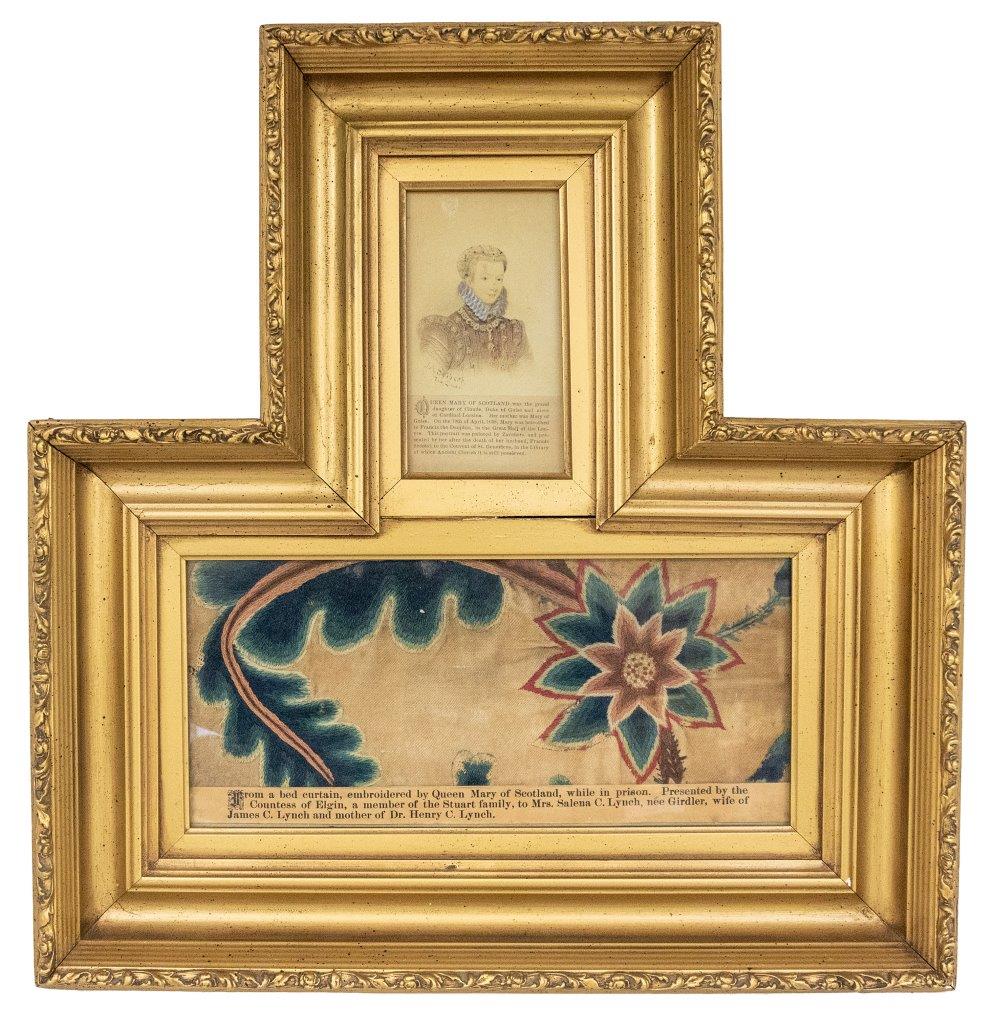 She said: “I’ve always been fascinated by antiques. I was looking round a Scottish auction saleroom one day and found the framed piece of embroidery lying upside down on the floor. I lifted it up and couldn’t believe it when I read the inscription.

The wording, which appears under the framed floral embroidery of a blue flower, reads: 'From a bed curtain embroidered by Queen Mary of Scotland while in prison. Presented by the Countess of Elgin, a member of the Stuart family, to Mrs Salena C Lynch, nee Girdler, wife of James C Lynch and mother of Dr Henry C Lynch'. The frame includes a picture of Queen Mary and a summary of her life.

The seller bought the item for a relatively modest sum, she can’t recall exactly how much, and carefully stored it away in a family property in Strathnacro in the Scottish Highlands. But when she and her husband went to visit their Scottish home in July, 2020, they had the shock of their lives.

“When we opened the doors, the floors were wet, ceilings had come down and there was black mould growing on the walls,” said the seller. “Storm George had caused thousands of pounds worth of damage. The porch roof and gables had been partly blown away.

“Luckily the fragment of material hadn’t been damaged. I’d packed it away in a box and the rain hadn’t got to it. My Scottish grandfather used to tell me stories about the Highlands, mountains, rivers and glen and I’d always wanted a house there. We bought it in 2000 and it was absolutely beautiful. Now, because of the storm damage, it’s an empty shell still being repaired.”

“It’s a relief the embroidery has survived. I’ve always wanted to find out more about it so took it along to a free valuation event held by Hansons Auctioneers at Kelmarsh Hall in Northamptonshire.” 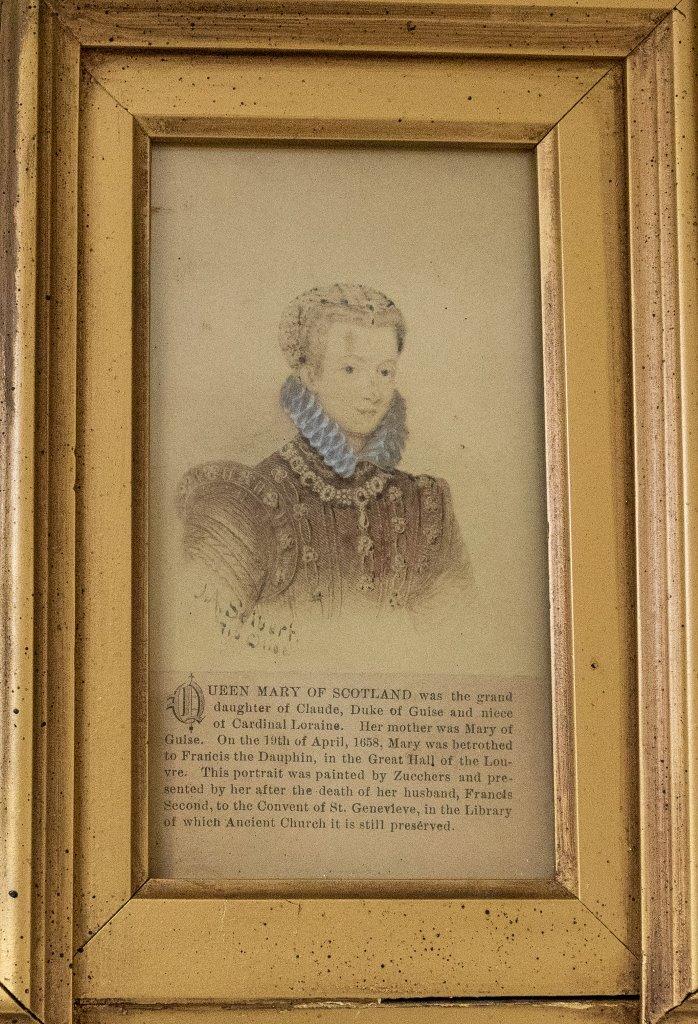 Charles Hanson, owner of Hansons, said: “It was certainly an exciting find – and we’re so glad it survived that storm. Mary, Queen of Scots was a keen needle woman. Examples of her work exist and this fragment is very much is in the style of the mid-16th Century.  Due to the fact that she was kept a prisoner for nearly two decades, she had many years to hone her craft. In fact, in 1569, Mary spent time in confinement in Tutbury Castle which is a short drive from Hansons’ Derbyshire headquarters.”

The embroidery, estimate £400-£600, is due to be sold on 7 December 2021 in Hansons’ Fine Art Auction. To find out more, or to arrange a free valuation, email Head of Fine Art Isabel Murtough. Entries are invited for Hansons’ 2022 Fine Art Auction.