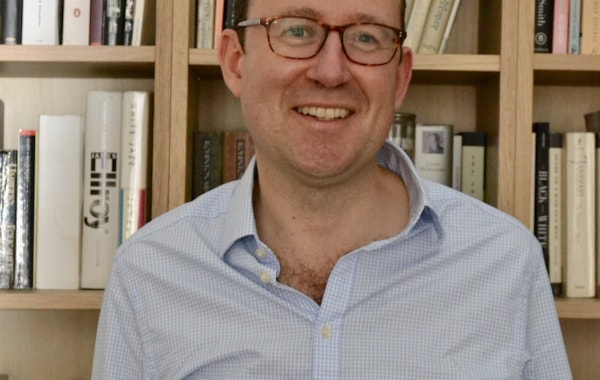 Dr Angus Vine, of the Faculty of Arts and Humanities, has received a prestigious grant from the British Academy to research the literary interests, collecting habits and the vocational, practical, and scientific knowledge of merchants living in the late-16th and 17th centuries.

The year-long project will seek to understand the origins of a split between humanist forms of learning – which, during the period studied, was typically associated with universities and the social and political elites – and more practical or useful forms of knowledge-making, such as skilled work and craft – at that time linked to business and the urban citizenry.

Dr Vine, a Lecturer in English Studies, believes his research will not only shine a light on various strands of history – but also inform discussions around education that are taking place today.

He said: “This interdisciplinary project will document the literary and cultural lives of Early Modern merchants. It will look at their interests as readers and writers – understanding the books and poems that they collected – and reconstruct specific Early Modern merchants’ libraries. It will also focus on merchants’ education – analysing the guides and handbooks on mercantile and economic activity – and the involvement of merchants in the educational reforms that took place at that time.

“This work coordinates areas – mercantilism and humanism – that have traditionally been treated separately by economic historians and literary critics. The Early Modern merchant had a foot in both camps and provides the perfect lens for understanding this longstanding split.

“The findings will provide an important insight into Early Modern history and literary studies, and will have implications for other areas of history, such as science and education. They will also provide a compelling historical perspective on educational debates that are live and charged today – debates around science, technology, engineering and maths; academic specialisation; vocational learning; the acquisition of skills; the relationship between skills and academic learning; about the value of arts and humanities, and the nature of human learning itself.”

The importance of merchants

Merchants were essential to the literary economy of Britain in the 16th and 17th centuries – as producers, patrons, consumers and collectors. This project aims to understand these literary and cultural activities in more detail, as they remain almost entirely unknown.

Dr Vine will conduct archival research in the UK, Europe and the United States to recover little-known works from mercantile authors and editors, including letters, inventories, account books, and ledgers. He will also examine a range of literary, dramatic, economic, scientific and vocational texts.

The study will look at merchants who traded in the Mediterranean and the Levant, as well as northern Europe and Britain. Those studied will include authors John Browne, Gerard Malynes and Lewes Roberts; educationalists John Dugard and William Goad; dramatists Ben Jonson, Thomas Middleton, Thomas Heywood and John Webster; city pamphleteer Richard Johnson; goldsmith Hannibal Gamon; and merchant philosopher and financier, James Boevey.

Dr Vine will publish his findings as a detailed, academic study; in a collection of essays; and in articles written for non-academic journals. He will also embark upon a number of public engagement activities to promote the work, including: putting on performance workshops with school and university students; a staged reading performed by Edward’s Boys Theatre Company, Stratford-upon-Avon; public lectures at the University of Stirling and Guildhall Library, London; and a workshop and document viewing at London Metropolitan Archives.

In partnership with schoolteachers and Independent Thinkers Education, the project will also create educational resources relating to the literary and historical materials studied.