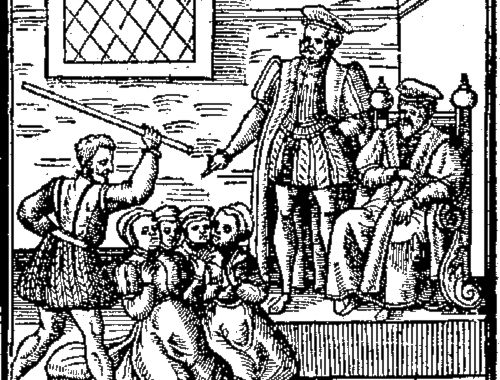 Sian Toop explores the story of the real-life Geillis Duncan, an East Lothian maidservant who found herself at the centre of a 16th-century witch trial.

Diehard fans of the hit television series Outlander will feel their ears prick up with interest at the name Geillis Duncan - Claire Fraser’s flame-haired frenemy from the fictional Scottish town of Cranesmuir.

After befriending Geillis due to their shared interest in herbs, the pair find themselves accused of witchcraft after Geillis poisons her husband and are thrown into the thieves’ hole to await trial. Not finding herself quite as lucky as Claire, Geillis is (spoiler alert: supposedly) executed for witchcraft in Series 1. However, many fans may not be aware that the real Geillis Duncan was anything but fictional, yet unfortunately, met an equally horrific ending.

Proof of being a ‘witch’ in Scotland in the 16th century was sketchy at best. The tell-tale signs of witchcraft included a crone-like appearance, sunken cheeks, a hairy lip, boils, scars or a third nipple. Witches were also known to possess ‘familiars’ – usually a cat or even a toad - to do their wicked bidding and were often solitary, elderly women. Accusations were rife and the incriminated were subjected to horrendous torture methods for confession -  the ‘pilnie-winks’ (thumb screws) and iron ‘caspie-claws’ (a form of leg irons heated over a brazier) often got a declaration of guilt from the supposed witch, with hanging, drowning or being burnt at the stake being the preferred method of execution.

Who was Geillis Duncan?

The real Geillis Duncan was a 16th-century maidservant from the Scottish town of Tranent, East Lothian. Duncan worked for David Seton, a bailiff who would eventually find himself entangled in the wicked web of the North Berwick Witch Trials.

Duncan had little in the way of schooling or education, but despite this, Seton noted on several occasions she seemed to possess an immense knowledge for healing illness and alleviating pain. The bailiff was also made aware that Duncan had been seen sneaking off a few times in the middle of the night and her whereabouts when off the Seton property remained unknown.

By 1590, Seton’s suspicions had grown unbearable and he brought Duncan in for interrogation. The young maidservant remained tight lipped despite the horrendous torture Seton inflicted on her and refused to talk. Witchcraft had been illegal since 1563 in Britain, but there had been a growing paranoia, the flames of which were fuelled by King James VI’s interest in witches.

While Geillis Duncan was being cross-examined, the king was returning from a trip to Denmark and a treacherous sea crossing - the storms supposedly conjured by witches. As a result of this sea journey, the King became obsessed with persecuting those under suspicion of consorting with the Devil.

Running out of patience (and possibly of ways to inflict pain onto the poor young woman) Seton had Duncan stripped naked, shaved and subjected to a full body examination which resulted in the bailiff finding ‘The Devils Mark’ on her throat. It was upon finding this mark, that Duncan became vocal, admitting to witchcraft and naming as many as 60 other witches across Scotland. It was then the maidservant began a lengthy incarceration.

By incriminating so many others, Geillis Duncan’s accusations ignited the North Berwick Witch Trials. After admitting she was guilty, she went on to confess that she had attended a meeting of witches and that there were over 200 in attendance. The meeting was held at The Kirk of North Berwick on Hallowe’en and that the Devil had been present. Another suspected local sorcerer - Dr Fian – was incriminated as acting as Secretary and the other accused witches present included Agnes Sampson, Agnes Thompson, Robert Grierson, Barbara Napier and Euphame Macalyean.

The purpose of the meeting was apparently to be to plot how to bring about the demise of King James VI, as instructed by the Devil. Many of the accused were brought before the king himself and the 16th-century pamphlet, Newes From Scotland, which can be found on the British Library website, reported on the North Berwick Witch Trials.

The library website states ‘It contains accounts of three women accused of witchcraft and tried before King James VI of Scotland, one of whom was said to be using her witchcraft against the King himself. James caused the pamphlet to be printed as part of his attack on witchcraft.’. Geillis Duncan, along with the infamous Dr Fian are featured in this pamphlet.

On the day of her execution, Geillis Duncan tried to retract her accusations, under the reasoning that David Seton had achieved her confession due to extreme torture methods, but it was to no avail and she was executed on 4 December 1591 at Castlehill, Edinburgh.

The North Berwick Witch Trials gained widespread infamy and are said to be partly the inspiration for Shakespeare’s Macbeth. The use of weather is a common motif throughout the play, “When shall we three meet again? In thunder, lightning, or in rain? (1.1.1–2)”, perhaps a nod to the storm King James VI survived, supposedly at the hands of the North Berwick coven?

The British Library website states: ‘Researchers at the University of Edinburgh have identified over 3,800 cases of witchcraft accusation in early modern Scotland between 1563 and 1736, its peak between 1590 and 1662 when there were five large-scale witch hunts.’  Geillis Duncan’s confession was possibly the trigger for such an horrific period in Scottish history.

While the Outlander series, may shine a light on this lost figure in history, is it correct in continuing to condemn Duncan as an antagonist? Was she really a witch consorting with the Devil? Or was she just a maidservant with a small knowledge of herbs who wanted to help cure the sick?

Sian Toop is a student at the University of Lincoln and is currently working towards her degree in English & Creative Writing. She developed an interest for Scottish history after a trip to Edinburgh, with a specific curiosity into the history of witchcraft in Scotland.