Rare Jacobite treasures, including a lock of Bonnie Prince Charlie's hair, to be offered at auction 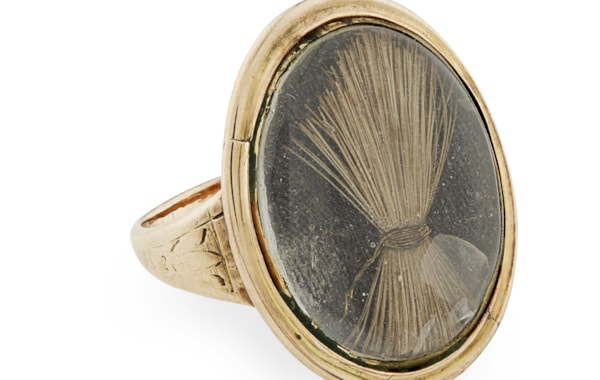 Rare portraits of the parents of Bonnie Prince Charlie (Prince Charles Edward Stuart) will be offered as part of a significant private collection of Jacobite works of art at auction in Edinburgh on 14 August.

Rare portraits of Bonnie Prince Charlie’s parents -  James Francis Edward Stuart, The Old Pretender, and Maria Clementina Sobieska - will be offered as part of a significant private collection of Jacobite works of art, also featuring a gold mounted ring enclosing a lock of the Bonnie Prince’s hair, by Lyon & Turnbull in their 14 August Scottish Silver & Applied Arts auction in Edinburgh.

The pair of portrait minatures, valued at £3,000-5,000, alongside another single miniature of James Stuart, known as King James III to supporters, were originally in the possession of the Creyke family, an important Jacobite family from Yorkshire.
The Creyke family heritage appears to stem from Danish routes although they are recorded settled and holding the title of Governor in Berwick under the reign of Edward III in 1340. The family seem to have been spread along the borders of Scotland, York and wider afield in Yorkshire. By the time of the Stuart uprisings their seat was, and had been since 1447, Marton Hall in East Riding.

The Creyke family & the Jacobite cause

However, their connection to the Stuart cause goes much further back than the 18th century and they are recorded supporting and indeed suffering for their support upon the execution King Charles I. At this time the family patriarch was Gregory Crekye (born 1595) and it is recorded that for his support he 'suffered greatly for his devoted attachment to Charles I, and compounded heavily for his estates'.
Two of Gregory's sons were also close adherents of the Stuarts, one being page to Queen Henrietta Maria. The eldest son Richard was commissioned by the Duke of Newcastle to guard the East Riding coast against the coming of William of Orange to over throw the Stuart King James II. In fact, it was Richard who personally delivered the fateful news to King James of William's arrival. 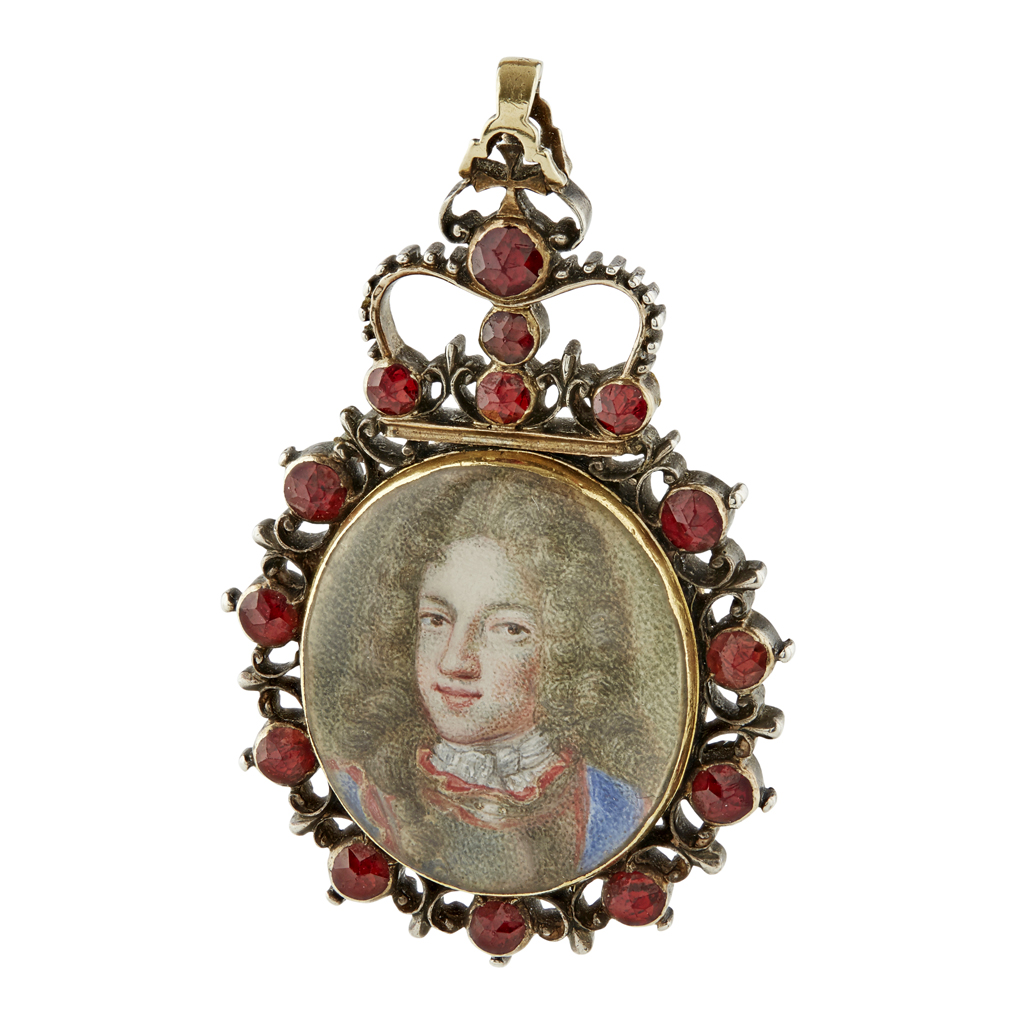 It would appear that these miniatures not only have a connection to a remarkable, and little known, Jacobite family, but for their near 300-year existence have only been in the possession of two Jacobites, the Creyke family and one private collector.
The private collection of Jacobite works of art also features a gold mounted ring enclosing a lock of Prince Charles Edward Stuart's hair, expected to fetch up to £3,000.
Colin Fraser, specialist in Jacobite works of art said, “While various locks of Prince Chares Edward Stuart’s hair survive it is highly unusual to find one with a dated presentation and even more so to a date preceding the launch of the ’45 campaign. Given the date on this presentation, it appears this lock of hair was given to a supporter of Charles before his journey to Scotland from Dunkirk in 1744.”
Other portraits in the collection include a rare portrait of Prince Charles Edward Stuart (valued at £2,000-3,000) pictured with the sash of the Order of the Garter and a neck badge of the Order of the Thistle. This portrait is a copy of the (now lost) original 1747 portrait in pastel by Maurice Quentin de la Tour.
While the original is lost, various copies are recorded. This miniature appears to closely follow a copy by John Daniel Kamm in its composition and being landscape rather than the more traditional portrait alignment. These copies by Kamm were likely painted circa 1749 when George Watts, banker to Prince Charles, mentioned copies were being produced. This example closely matches this date and is probably after a Kamm original.
There is also a hidden portrait of Bonnie Prince Charlie in a snuff box valued at £2,000-3,000.  Fraser continued, “Examples such as this are amongst the most iconic Jacobite works of art. While they are a well recorded type, they are rare in any form. This example is in particularly good condition and finely enamelled. The portrait is a variant of the famous Sir Robert Strange example which likely date this piece to circa 1750.”
Auction details
Auction | Scottish Silver and Applied Arts I Wed, 14 August 2019 10:00am
Location | 33 Broughton Place, Edinburgh, EH1 3RR
Public Viewing
11 August: 12.00-16.00
12 August: 10.00-17.00
13 August: 10.00-17.00
Day of Sale: from 9am
Website.
QUICK LINK: Who were the Jacobites and what did they want for Scotland?