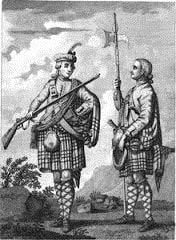 The 1745 Rising was a bid by Prince Charles Edward Stuart (better known as Bonnie Prince Charlie) and his Jacobite supporters for the throne of Britain on behalf of the prince’s father James Francis Edward Stuart.

In July 1745 the prince and a small number of companions landed in Scotland from the continent and began their fight for the throne. Within five months of their arrival they had created a major rising, with military successes, notably at the Battle of Falkirk Muir. The Rising ended with their defeat at the Battle of Culloden, on 16 April 1746.

1. After the battle of Prestonpans, most of the Jacobite army were not Highlanders. Many were from the east coast of Scotland - mostly Episcopalians who had not taken an oath of loyalty to King George. There were also red-coated Irish piquets from the French army and a regiment of English Jacobites among others in the army.

2. Many of the lowlanders and those who came from England, Ireland and elsewhere to support the Stuart cause dressed in tartan and Highland clothes since Charles Edward Stuart wished his army to wear some tartan as a kind of uniform.

3. The majority of the army carried guns, not swords.  Thousands of guns were recovered as booty from the British army at the battle of Prestonpans and thousands more ‘stands at arms’ (guns and all the leatherwork needed to equip a soldier) were subsequently smuggled in from the French through the north-east ports of Scotland.

4. The tartan that the majority of the Jacobites wore was not dyed with native dyes made from materials immediately to hand in the highlands as you might imagine, but imported dyes from further afield to give the brightest colours possible.  Their plaids, trews and kilts had bright yellows, reds and blues from these imported dyes.

5. These bright tartans were not clan tartans in the sense that one pattern was identifiable as belonging to the MacDonalds or the Frasers, for example, although families and clan members might well have worn similar patterns since the local weaver would only have known so many variations, and ordering from the lowlands was an option only available to the better off.

6. The dress worn by Bonnie Prince Charlie when he dressed as the servant girl Betty Burke to hide from the Redcoats after Culloden was copied and became a best seller.

7. In the 18thcentury, paper fans were a common propaganda object. Jacobite fans showing Charles Edward Stuart were handed out at a ball held at Holyrood Palace during the Jacobite occupation of Edinburgh.

8. There was a propaganda letter published in France at the time that claimed there was regiment of 150 women dressed as men who were fighting for the Jacobites - this was not true, although lots of women did accompany the army.

9. It is true to say that no Scotsman wore underwear under his kilt but only because 18thcentury men didn’t wear any; their shirts were knee length and therefore could preserve modesty that way.

10. After Culloden, the Act of Proscription did not actually ban tartan,  apart from on coats (to prevent it being used as a uniform). Highland clothes - trews, kilt and the plaid - were banned, however this was not enforced consistently and it only applied in Scotland to men and boys.

QUICK LINK: Video - Who were the Jacobites and what did they want for Scotland? 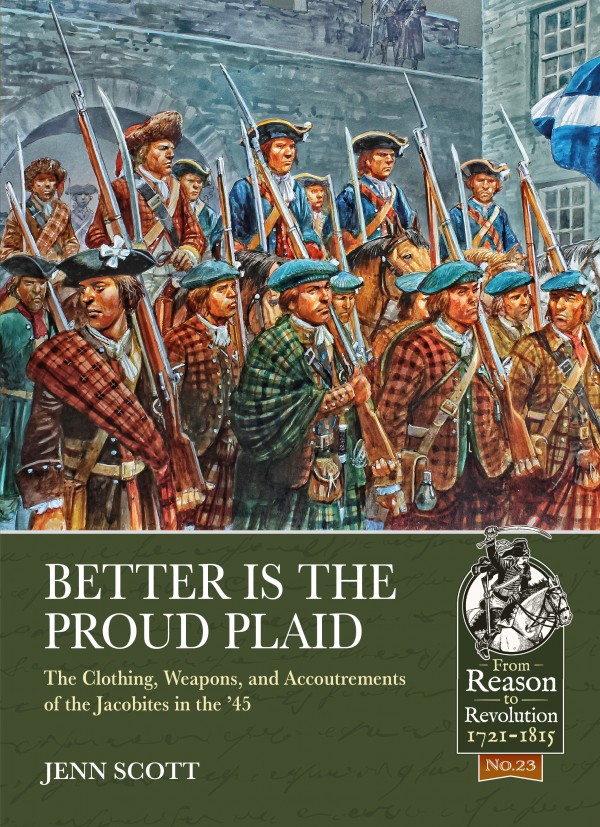 Jenn Scott, is the author of Better is the Proud Plaid, The Clothing, Weapons, and Accoutrements of the Jacobites in the ’45  published by Helion & Company.

Drawing on the work of historians and a wide range of contemporary sources, this book seeks to strip away some of the myths surrounding the Jacobites and the Highland army by looking at what they really wore, what they fought with, and what items they used to show their allegiance to the Prince and the Jacobite cause. Prince Charles Edward Stuart's army and the Jacobites are examined in detail from their clothes, weapons, and material culture.