The island of Handa and its inhabitants 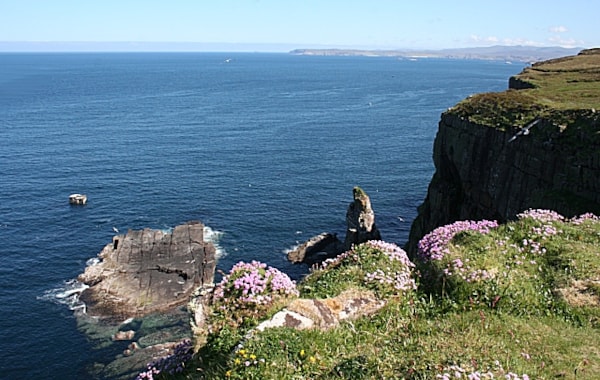 The island of Handa

Malcolm Bangor-Jones takes a look at the fate of some of the 19th-century inhabitants of the Scottish island of Handa.

Following an article in History Scotland's September/October issue on the island of Handa (off the west coast of Sutherland) Malcolm Bangor-Jones provides further twists to the island's story. He writes:

The article on the Island of Handa in north west Sutherland in the last issue of History Scotland covered much of the islands history. However, there are a few twists to the story which are worth interrogating.

The island had actually been cleared at the outset of the Clearances put in train by the landlord Lord Reay in the early 1800s and became part of Badnabay sheepfarm. It was subsequently inhabited by a shepherd, Donald Morrison some of whose children appear in the list of baptisms included in the article.

The bankruptcy of the leading sheepfarmer allowed the management of the Reay estate to reconsider the most profitable way of letting the island. It was decided to resettle the island with fishermen and lay out the arable lands in ten small crofts or individual holdings. This took place in 1828, a year before Lord Reay sold the estate to the Marquis of Stafford, later Duke of Sutherland.

In 1839 there were 11 crofters on the island and one cottar. The population amounted to 75 and there were 58 head of cattle and 64 sheep. One tenant emigrated in 1841 and his croft was shared between three of the other tenants. Handa thus shared in the small scale emigration from the north west Highlands in the early 1840s.

The islanders were indeed hard hit by the potato famine and apparently applied for aid to emigrate. Most of the islanders bar two households subsequently left in 1847 or 1848 on three of the four ships funded by the Duke of Sutherland as part of the relief measures promoted in the district.

What exactly took place between the local factor Evander McIver and the islanders in 1847 is not entirely clear: it is known that the Duke of Sutherland was persuaded to allow what many afterwards referred to as a ‘clearance’ to take place because the islanders had not resided on the island time out of mind. However, the island was afterwards incorporated into the factor’s sheepfarm.

A good number of the islanders found their way to Lot 21 of Prince Edward Island which had been settled by people from the north west since the early 1800s. They and their families may be found in the Canadian census records which are online and free to access.