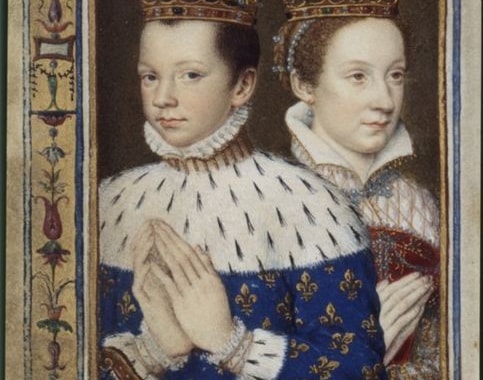 On 5 December 1560, Francis II of France, the first husband of Mary Queen of Scots, died following an ear infection. ...

Francis II of France, heir to the French throne, and the first husband of Mary Queen of Scots, died on 5 December 1560, following an ear infection. Mary and Francis had married in 1558, when Mary was aged fifteen. Francis ascended to the French throne just a year later, after the death of his father Henry II in 1559, in a jousting accident.

The reign of Francis II, although short, was beset with difficulties and particularly characterised with religious revolt, caused in part by his surpression of Protestants.

Following the death of Francis, who died without leaving an heir, the throne passed to his younger brother Charles, with the boys' mother Catherine de Medici ruling during his minority.

My Heart is My Own: The Life of Mary Queen of Scots by John Guy

QUICK LINK: Who were the husbands of Mary Queen of Scots?