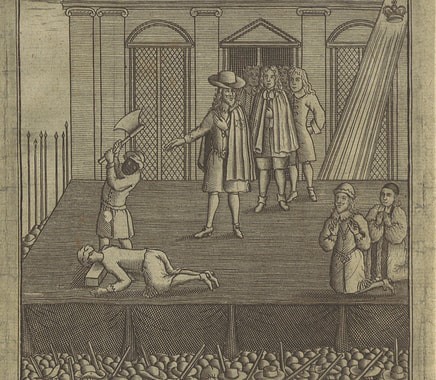 King Charles I was executed for high treason against the kingdom on 30 January 1649. ...

King Charles I was executed on 30 January 1649 after being accused of high treason against his kingdom, following a trial at which the king refused to plead. The execution took place outside Banqueting House in London, where the king was beheaded by a masked executioner who was never officially named - some sources state that the executioner was London's hangman Richard Brandon, others point to an Irishman named Gunning.

Charles had reportedly worn extra clothes on the cold day, because he said:

'the season is so sharp as probably may make me shake, which some observers may imagine proceeds from fear. I would have no such imputation.'

FURTHER READING: Charles I: A Life of Religion, War and Treason by Christopher Hibbert