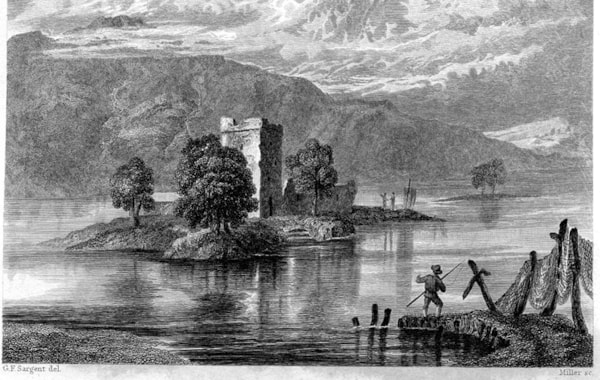 On 17 June 1567, Mary Queen of Scots was imprisoned at Loch Leven Castle.

On 17 June 1567, Mary Queen of Scots was imprisoned at the island fortress of Loch Leven Castle, following the battle of Carberry Hill.

Mary's imprisonment at Loch Leven was one of the most traumatic periods of her life - during her time at the castle she miscarried a baby (or possibly twins) and was forced to abdicate in favour of her son James.

Mary soon made friends with some of her captors and was helped to escape from her prison by George Douglas, the son of Mary's keeper Sir William Douglas. Mary was rowed across the loch dressed as a servant girl, less than a year after her imprisonment, and fled to England, never to return to Scotland again.