Mary Queen of Scots casket acquired for the nation

A silver casket believed to have been owned by Mary Queen of Scots has been acquired for the nation and will go on display at the National Museum of Scotland in Edinburgh from today.

The Mary Queen of Scots casket

Made in Paris, probably between 1493 and 1510, the casket is a superb and extremely rare work of early French silver, very little of which survives, even in France. It is likely that its long-standing association with Mary has kept it preserved for over 450 years.

For three centuries, it was owned by the family of the Dukes of Hamilton, following its acquisition, around 1674, by Anne, Duchess of Hamilton. According to a handwritten note stored with it from the late 17th century, she bought the casket, previously owned by Mary, Marchioness of Douglas, on the understanding that it had belonged to Mary Queen of Scots.

The Mary, Queen of Scots Casket by National Museums Scotland on Sketchfab

The casket has now been acquired by National Museums Scotland from Lennoxlove House Ltd, its owner since the middle of the 20th century. It has been acquired for £1.8 million thanks to support from the National Heritage Memorial Fund, Art Fund, the Scottish Government and several trusts, foundations and individual donors. The sale was managed by Sotheby’s.

The note records the belief that this is the casket which played a dramatic role in Mary’s downfall when, in December 1568, a similar casket was produced at a hearing ordered by Elizabeth I against Mary at Westminster. This contained what have become known as the Casket Letters. These love poems and letters, allegedly from Mary to her third husband, the Earl of Bothwell, implicated them both in a conspiracy to murder her second husband, Lord Darnley.

How did Mary come to own the casket?

It is thought that the casket was given to Mary by her first husband, François II of France, and came to Scotland with her in 1561 after his death in 1560. Her inventories from this time list multiple examples of precious jewellery and other such valuable objects. 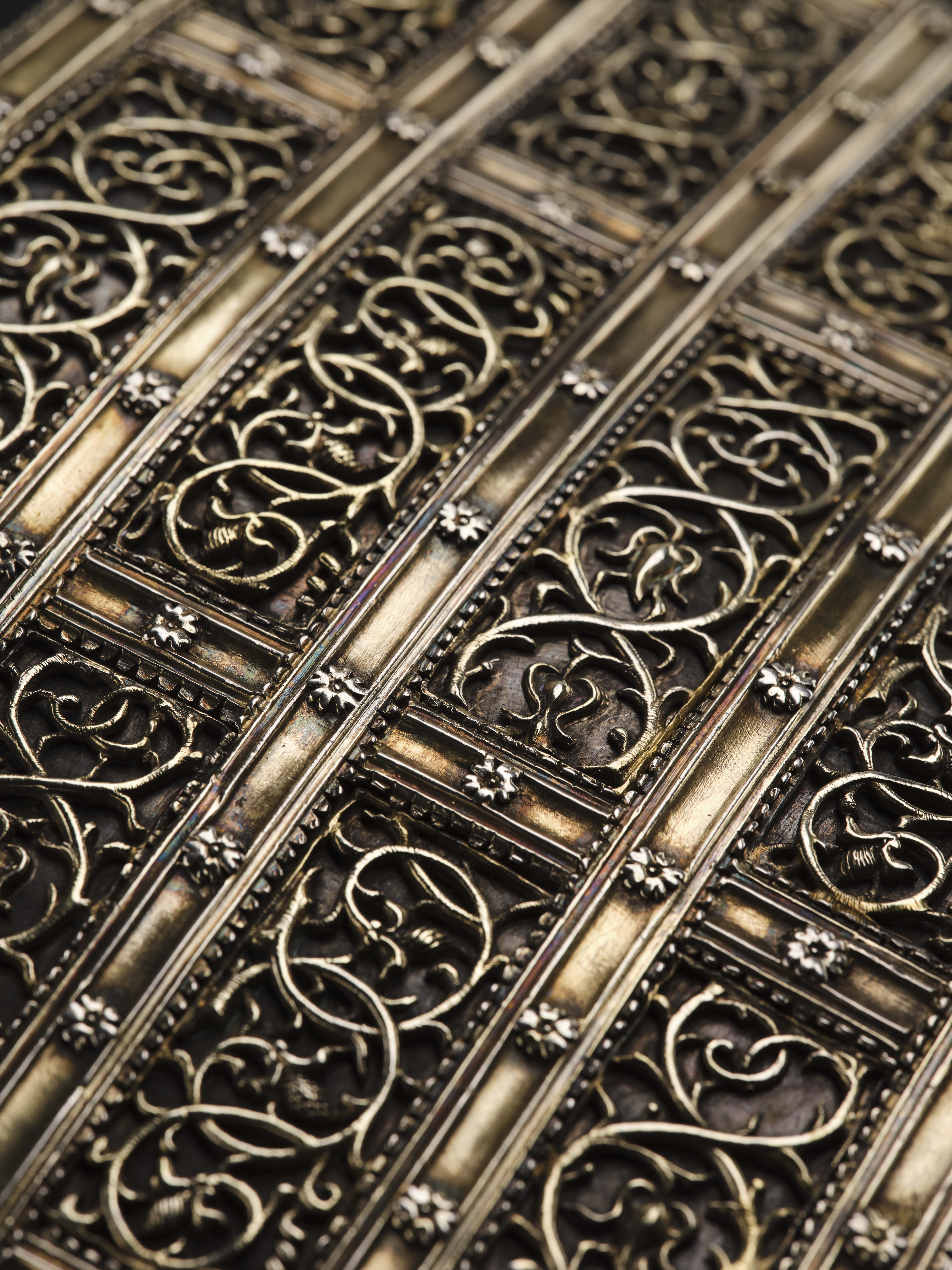 Details of the silver casket

A casket first appears in the records following Mary’s arrest in 1567 by the rebellious Confederate Lords, when it is discovered in the hands of Lord Bothwell’s servant. It was brought before the Scottish Privy Council where its lock was struck off to reveal its contents. Precisely what these were at that moment is unknown. However, a year later, when the Earl of Moray dramatically produced the same casket at Westminster, it now contained the damning Casket Letters.

The authorship of the letters remains a subject of debate, but it is widely thought that they were doctored. Following the hearing at Westminster, Mary remained in English captivity for 19 years, until she was executed in 1587 for her involvement in the Babington Plot to assassinate Elizabeth I, and place Mary on the English throne.

Acquired for the nation

Dr Simon Thurley CBE (who is giving an online talk for History Scotland on 21 June), Chair of the National Heritage Memorial Fund, which contributed £810,000 towards the acquisition, said: “We are really excited to support the acquisition of this remarkable casket. Not only will Memorial Funding bring an object of great national importance into public ownership, it will bring to life the story and secrets of the casket and of Mary Queen of Scots to a whole new generation of visitors at the National Museums of Scotland .”