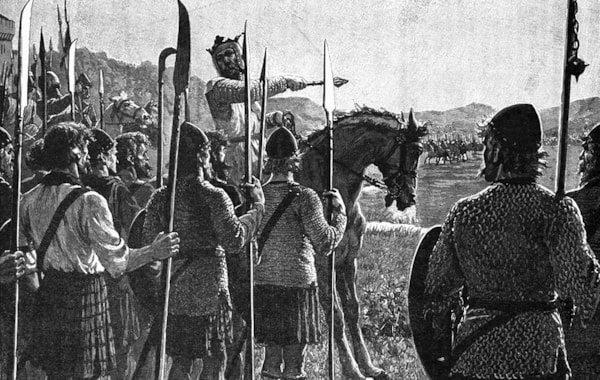 Robert the Bruce died on 7 June 1329 at Cardross, near Dumbarton.

On 7 June 1329, Robert the Bruce died at Cardross, near Dumbarton, at the age of 54. Bruce died of an illness which was described by contemporary sources as an 'unclean' ailment. Researchers since have suggested possiblities including leprosy or a stroke.

Before his death, Bruce had requested that his heart be taken on Crusade after his death and his wish was fulfilled, with Sir James Douglas, the 'Black Douglas', taking the heart on an ill-fated trip to Spain to fight the Moors, during which he was killed. Bruce's heart was then taken to Melrose Abbey, with his body having earlier being buried at Dunfermline Abbey.