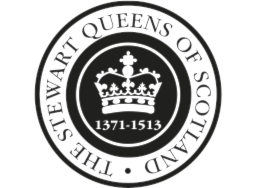 Dr Amy Hayes explores the life and legacy of Euphemia Ross, the first Stewart queen of Scots as wife of Robert II, and discovers an enigmatic but fascinating character who deserved to be more widely known.

Euphemia Ross was the first queen consort of the new Stewart dynasty, which began with the ascension of Robert II in 1371 and which would dominate the Scottish kingdom for centuries to come. Yet surprisingly little is known about her. Generally Euphemia merits one or two lines in political histories of the Stewarts, and she is often thrown together with Annabella Drummond (wife of Robert III) as an ‘early Stewart queen’.

Such a comparison does Euphemia no favours, as she did not leave the dramatic impression on chronicle sources that Annabella did, and unlike Annabella none of her letters or complaints to parliament survive. Nonetheless, Euphemia was a queen consort in her own right, and she deserves to be brought out from under Annabella’s shadow. She may not have left heavy traces in the historical record, but those traces she has left offer a fascinating glimpse into the lifestyle of a 14th-century Scottish queen.

Euphemia was the daughter of Hugh Ross and his second wife, Margaret Graham. Her date of birth is unknown, but must pre-date 1333 given her father’s death, fighting for David II at the battle of Haldon Hill that year. Indeed, she may well have been born before November 1329, when her parents received a papal dispensation for their marriage, which also included any children already born of the marriage.

There can have been no expectation that Euphemia would rise to the position of queen, and her first marriage was to John Randolph, earl of Moray. It is unclear exactly when Euphemia and Moray married, but it was probably around 1343, when the earl returned to Scotland after imprisonment in England and a spell abroad in France. If this date is correct then the marriage was short-lived, as Moray died at the battle of Neville’s Cross in 1346. Euphemia remained a widow for nearly a decade, until her marriage to Robert Stewart.

Marriage to the Steward

In 1355 a dispensation was granted for the marriage of Euphemia, styled countess of Moray, and Robert Stewart. Officially this marriage was intended to ease the ‘discord’ between Stewart and Euphemia’s brother, William, 5thearl of Ross. As well as kinship to the earl of Ross, Euphemia had one-third of the property rights of her deceased husband, John Randolph. It is most likely Euphemia’s rights that allowed Stewart to claim the former Randolph lordship of Badenoch. Although Euphemia was probably in her late twenties or early thirties and had never borne any children, this was not a problem for Stewart, who had a large family by his first wife, Elizabeth Mure.

For Stewart and Ross this was ultimately a marriage of practicality, but it is almost impossible to know anything of Euphemia’s opinions after she had been a widow for almost a decade. Euphemia may well have known Stewart through her first marriage to Moray as both men acted as co-guardians for the young David II. It has been whimsically suggested that she was ‘probably concerned’ for the young children of Robert Stewart by Elizabeth Mure, who had been left motherless on the latter’s death. Of course this can only be conjecture, but given that her marriage made her step-mother to the nine legitimate children of the Steward we can at least presume that Euphemia was not adverse to the idea of family life.

Although Euphemia had been childless with her first husband, she went on to have at least four children with Stewart, bringing the total of his legitimate children to thirteen. David, the future earl of Strathearn, was born in 1357, two years after his parent’s marriage. His younger brother, Walter, earl of Atholl and future instigator in the death of James I, was born in 1360. Two daughters followed, Elizabeth and Egidia.

We have no date of birth on record for these daughters, but they were probably born in the 1360s, and no later than the mid-1370s, when Euphemia would have been in her forties. A dispensation for Elizabeth’s marriage to David Lindsay of Glen Esk was granted in 1375, and Egidia married William Douglas of Nithsdale in 1388, suggesting that Elizabeth was the older daughter.Rumours abounded that Egidia was a great beauty, with Charles VI of France reputedly sending a painter to create a portrait of her.

Even after her marriage to Stewart, Euphemia can hardly have expected to become queen. Although David II – Robert Stewart’s childless, much younger uncle – appeared to have accepted the possibility of a Stewart succession, it was Stewart’s son, John (later Robert III) who was in favour with the Bruce king, being granted a marriage to Annabella Drummond, the niece of David II’s then-queen, Margaret Logie.

David II himself seems to have held out hope for a Bruce heir, and just before his death he was contemplating a new marriage, to Agnes Dunbar. Euphemia may have been married to the heir-presumptive, but she was by no means a queen in waiting. The death of the 47-year-old David II on 22 February 1371 may well have taken the now Robert II and Euphemia by surprise. Euphemia was now queen consort of the Scottish kingdom, and indeed the first queen of a new royal dynasty.

Yet even though Euphemia was styled queen from the point of her husband’s ascension, she was not crowned alongside him in March 1371. Instead the new queen had to wait almost two years, and seems to have been crowned at some point between December 1372 and March 1373. This delay was undoubtedly controversial, and we can only imagine Euphemia’s opinion over her lack of formal status.