Who was Mary Queen of Scots? History Scotland's ultimate guide to the life of the Stewart queen 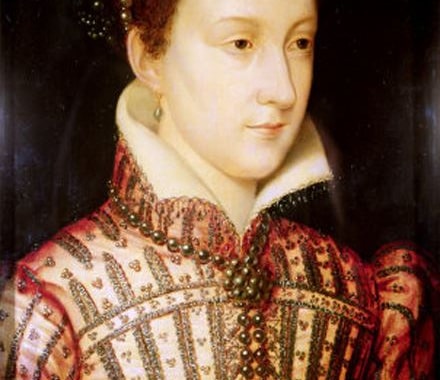 For all of you who are looking forward to the imminent release of the Mary Queen of Scots film, we have pulled together all of our best content about the life of this Stewart queen.

Mary Queen of Scots became queen at just six days old, spent her childhood in France and married three husbands, before being forced to abdicate in favour of her son James VI. Mary fled to England and was imprisoned for 19 years on the orders of Elizabeth I, before being executed for treason, after being implicated in a plot to murder England’s queen.

But there is so much more to Mary’s life than these facts. Explore the various aspects of Mary’s life, relationships, imprisonment and execution with History Scotland’s round-up of Mary Queen of Scots facts.

Facts about Mary Queen of Scots

Use our timeline to follow Mary from her birth, through her childhood at the French court, her reign as Scotland's queen and subsequent imprisonment on the orders of her cousin Elizabeth I.

Did you know that Mary actually spent more of her life in France and England than she ever did in Scotland? Discover quirky facts about the Stewart queen’s life with these history snippets.

Discover facts relating to Mary’s life, reign and imprisonment with these ten facts.

A guide to Mary’s husbands

Mary was just fifteen years old when she wed her first husband Francis, in an arranged marriage. Her second husband was murdered in Edinburgh and Mary may have been forced into a third marriage with her third husband, the Earl of Bothwell. Read our guide here.

Mary’s second husband Henry Lord Darnley proved a poor marriage partner. Soon after the birth of the couple’s son James, Darnley’s arrogant behaviour put him at odds with Mary’s partner. Darnley’s shocking death following an explosion proved to be Mary’s undoing, when her future husband was accused of involvement in the murder.

James Hepburn, the Earl of Bothwell, controversially waylaid the queen and, many historians believe, forced her into marriage. It was whilst married to Bothwell that Mary was forced to abdicate in favour of her son.

Mary spent nineteen years in English prisons on the orders of her cousin Elizabeth I, after she fled to England hoping for royal protection. Initially, Mary’s house arrest was comfortable but as the years went by, the conditions in which she was kept deteriorated and her health declined.

Mary’s long stay at Tutbury Castle was her most uncomfortable and the conditions at the castle caused her to despair. It was here that she would be implicated in the Babington Plot which would ultimately lead to her execution

Discover what happened in the final hours of Mary’s life, when she was executed for treason at Fortheringay Castle in Nottinghamshire.

Mary was initially buried at Peterborough Cathedral, before her remains were transferred to the splendour of Westminster Abbey, on the orders of her son James VI.

The religious preacher was a constant thorn in Mary’s side during her six-year reign. Denouncing Mary as a whore, John Knox spoke out against the queen and her courtiers and even dared to criticise the queen in his public sermons.

The mother of Mary Queen of Scots was a formidable figure who held her daughter’s throne during her infancy and teenage years, securing Scotland for her daughter’s return from France after the death of her first husband.

Mary’s mother-in-law, Lady Margaret Douglas, was the mother of Henry Lord Darnley, Mary’s second husband. Margaret was an ambitious woman who groomed her son for his royal role, refusing to recognize his faults and weaknesses.

Explore Scotland with our guide to ten castles which played key roles in the life of Mary Queen of Scots.

Falkland Palace and the Stewarts

Falkland Palace was a favoured residence of the Stewart kings and queens and Mary spent many happy years here, playing tennis, exploring the grounds and enjoying needlework and music.

Plan a Mary Queen of Scots adventure with this long-distance walk from Arrochar to St Andrews, which takes in many places connected with Mary’s life.

Travel trail visiting sites that might just feature in the movie...