History in a Nutshell's capital cities map presents Europe's cities with their coat of arms and city symbol.

Edinburgh's coat of arms was registered in 1732 with the Lord Lyon King of Arms, and features the motto Nisi Dominus Frustra - 'except the Lord in vain', taken from psalm 27. This coat of arms had been used unofficially for centuries before it was officially registered.

The castle featured in the centre of the coat of arms is Edinburgh Castle, whilst the woman and doe represent the castle's traditional status as 'castle of maidens' and Edinburgh's patron saint St Giles (who had a doe for company in his solitude) respectively. 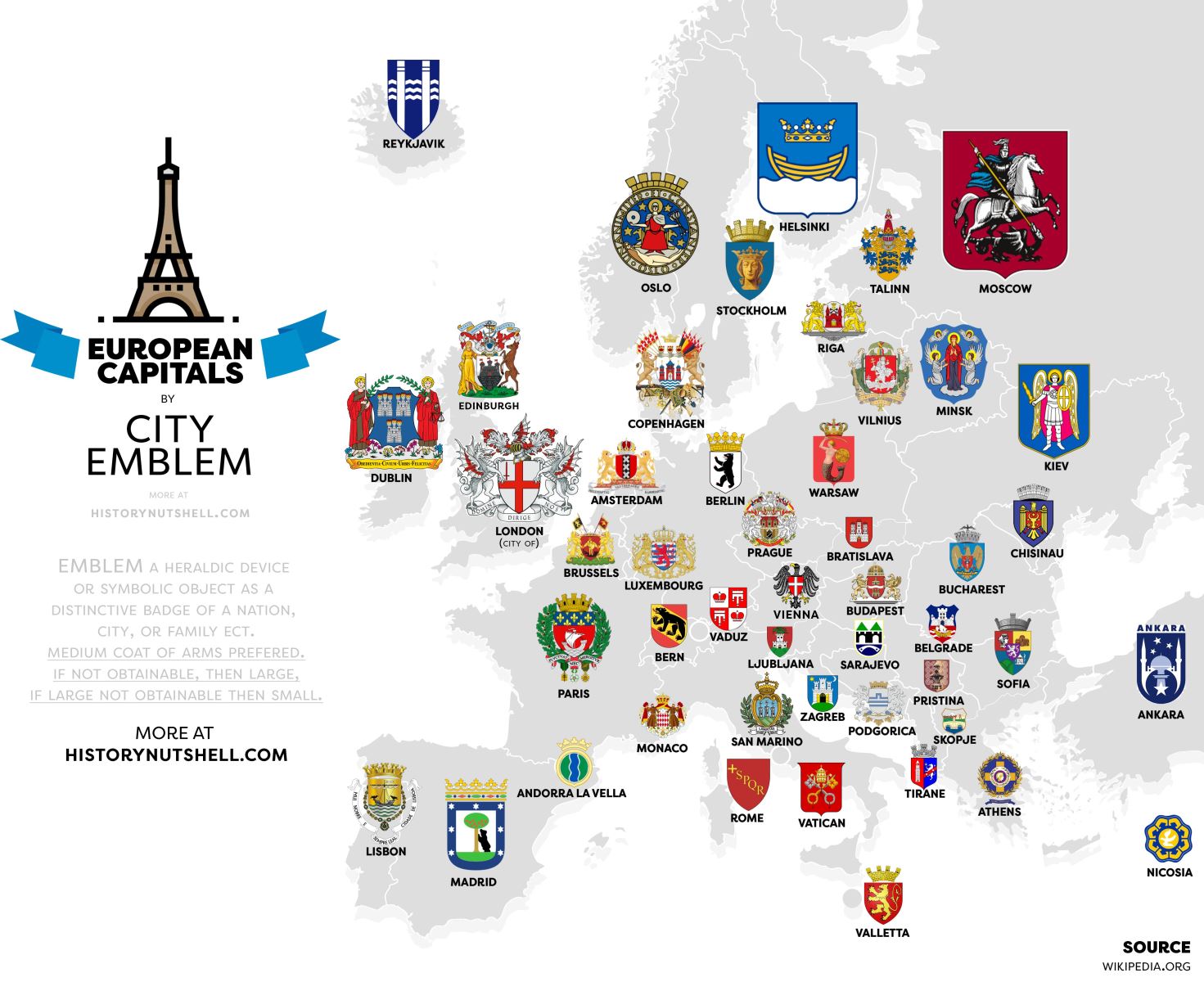