igurd the Stout, Earl of Orkney, was Norse ruler of northernmost Scotland at the beginning of the 11th century. Upon his death in 1014, his patrimony was divided between his four sons, who feuded for many years.

The youngest, Thorfinn the Mighty, finally wrested control in 1030. Soon presented with a threatened invasion from Scots raiders under the Earl of Caithness, he first repelled a seaborne invasion of Orkney, then decisively defeated them on land at Tarfness. After Thorfinn’s death, his lands were divided between his sons, and their protracted rivalry provided an opportunity for invasion by the truculent King of Norway, Magnus Barelegs, at the end of the 11th century.

After first conquering the Orkneys in 1098, he based himself on the Isle of Man, from where he raided Anglesey, defeated the Norman Hugh of Chester and Hugh of Shrewsbury, before being ambushed and killed in Ireland in 1103. 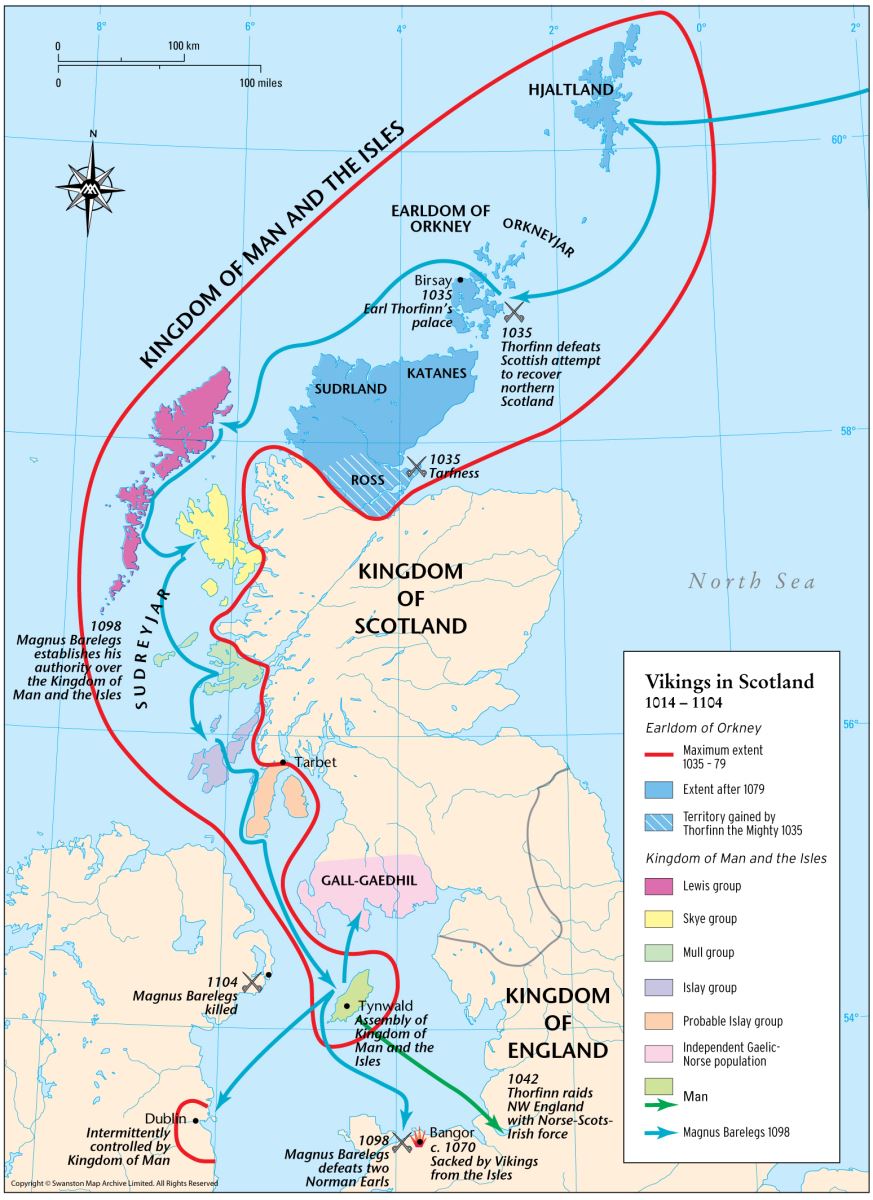