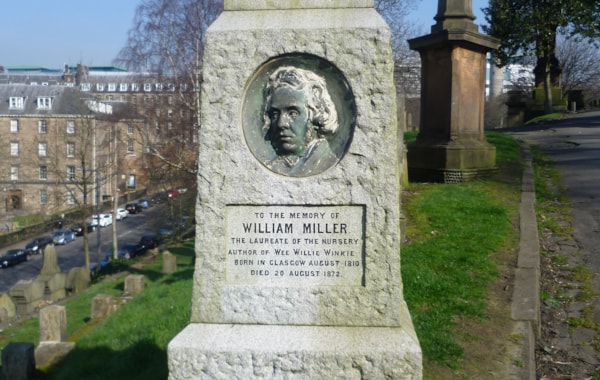 Scottish poet William Miller, author of the children's nursery rhyme Wee Willie Winkie, died on 20 August 1872. Miller was a Glasgow man whose writing career came about when he was unable to become a medic because of his ill health. Instead, he took up joinery and while making cabinets at his premises in Dennistoun, invented songs and rhymes for children.

Much of Miller's work was published in Scots, with Wee Willie Winkie featuring as one of the rhymes in the book Whistle-Binkie Stories for the Fireside. Miller died a poor man at the age of 62 but such was his popularity that members of the public paid for his memorial stone (pictured) at the Glasgow Necropolis.