The map connects each of the Best Actor and Best Actress nominees with a movie filmed on-location in Scotland – in six simple steps. Each actor links to the next by a film they have appeared in together, until the chain reaches the Scottish film.

It is inspired by the six degrees of separation theory in which everyone in the world can be connected to each other in six steps or fewer, and with about 50 million people world-wide claiming Scottish ancestry, there are already plenty of connections to be made to Scotland.

VisitScotland hopes Six Degrees of Scotland will boost film tourism by encouraging film fans to not only set-jet (visit the locations of the films) but come up with more Hollywood links of their own.

The 90th Academy Awards will take place in Los Angeles on Sunday, 4 March. 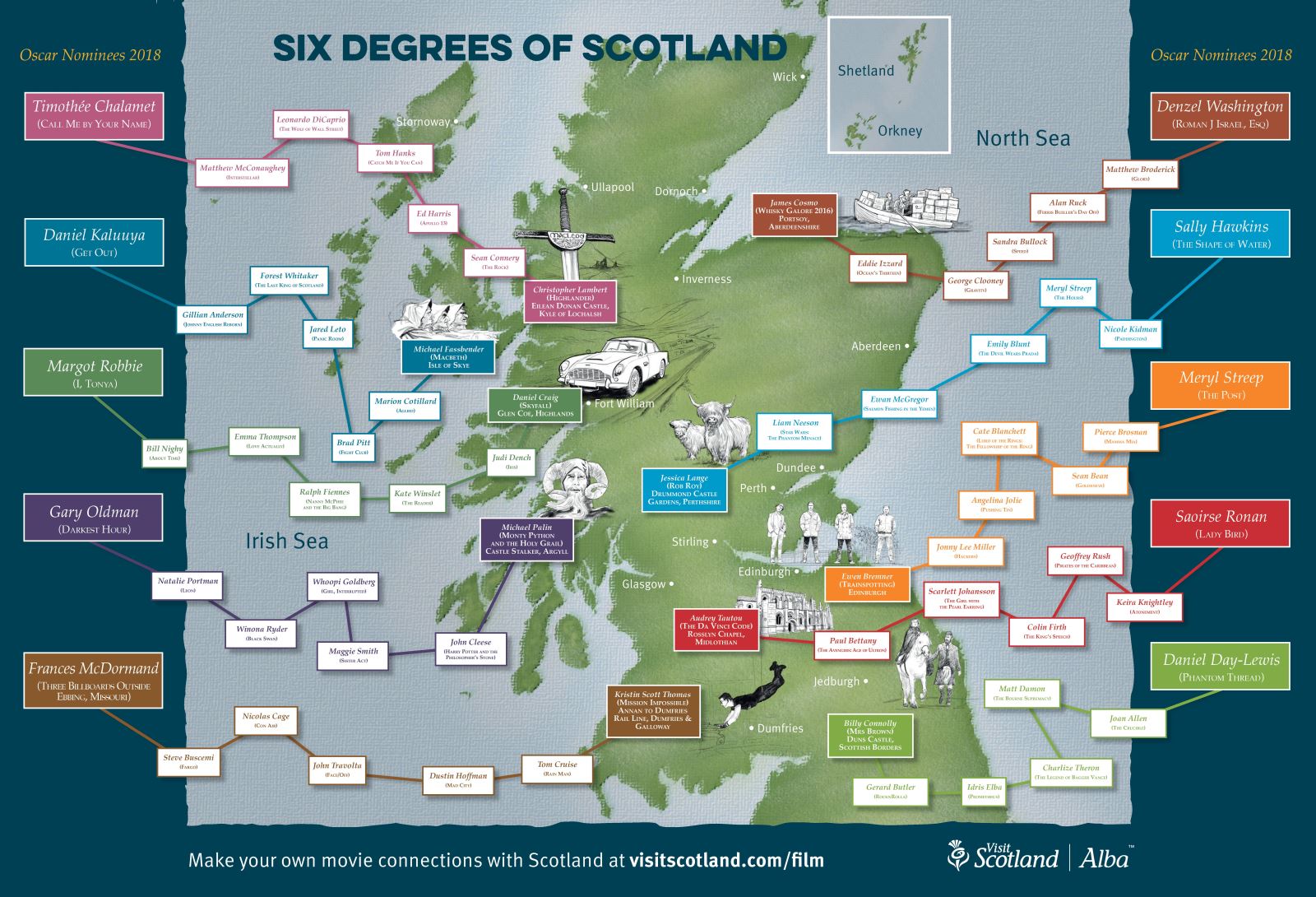 Scotland’s onscreen presence has grown in recent years, with film and television productions spending £69.4million in Scotland in 2016, however research shows the impact of productions is felt far beyond their time spent on Scottish soil. The latest Scotland Visitor Survey found that almost a fifth of visitors were influenced to come to Scotland after seeing it on the big or small screen.

Film tourism is set for a further bump this year with the release of The Avengers: Infinity War, Outlaw King and Mary Queen of Scots, which were all filmed across the country.

Jenni Steele, Film and Creative Industries Manager at VisitScotland, said: “Film tourism is booming in Scotland. With James Bond, Transformers and The Avengers – some of the world’s biggest film franchises – choosing to film here, the country’s celluloid connections are as strong as ever.

“It’s the unique mix of stunning landscapes, rich heritage and fascinating stories that make Scotland an irresistible draw for filmmakers from across the world. Our Six Degrees of Scotland offers a fun way to reveal those movie connections and we hope it will inspire many more set-jetters to make connections of their own.”

For more on Scotland's film locations, go to VisitScotland.