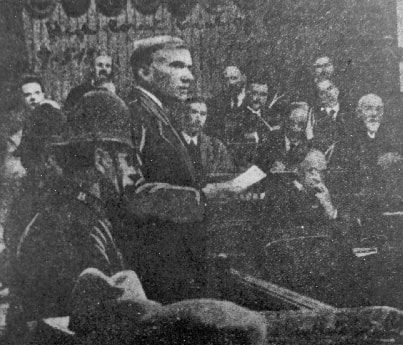 Glasgow socialist John Maclean was tried for sedition on 9 May 1918. ...

On 9 May 1918, Glasgow socialist John Maclean was tried for sedition at Edinburgh High Court. Maclean became a controversial figure due to his opposition to World War One, a stance which led to him losing his job as a teacher.

He was jailed for five years but after a campaign of weekly marches by his supporters, was released after eight months, having turned down an earlier royal pardon from King George V. Maclean died of pneumonia in 1923, never having fully recovered from conditions in prison.