Son of a Jacobite by T.J. Lovat - author interview Author T.J. Lovat talks about the inspiration for his historical novel Son of a Jacobite.

Born on the final day of the Jacobite Rebellion at Culloden, Thomas Lovat enters the world on the same day his father departs, killed in action. The devastation of Culloden and the Highland Clearances will have a profound effect on the rest of Thomas’s life.

Conscious of his heritage and its associated anger, Thomas is confronted with a confused identity and heritage as he grows into a young man. Travelling to the Middle East, he meets and marries his first love. Together they bear a child. He comes to see the beauty and troubles of Islam and so reflects on his own beliefs and values.

Returning to England, Thomas joins the British Army and travels to the Americas in the prelude to the War of Independence. As the American Revolution plays out, the tension between Thomas’s rebellious Jacobite heritage and his duties as a British officer come dramatically to the fore.

What inspired you to write this book?

I’ve studied my own family’s history, tracing its beginnings from early 19th century Australia all the way back to Scotland. The historical record peters out a generation or two from the time of the Jacobite Rebellion, though there are many strands of evidence that my family was caught up in it. I wanted to fill the gaps.

So is it more history or creative fiction?

It’s both. I guess it started as a potted history – what I had learned about the Jacobite Rebellion, for instance – but then the fictional Thomas starts to take on a life of his own.  The story becomes very much about him, his hurt and confusion, adventures and romance, his growing up to become someone quite admirable, I think, though in a very imperfect way.  His Jacobite heritage is always there in the background driving his thinking and identity.

Why did you take this approach?

I guess I’ve learned a lot about history through historical fiction – books like Dr Zhivago, for instance – so it seemed like a good way to pull together what I knew about the history of ‘The ‘45’, Culloden, the Occupation, The Clearances, etc. with what I knew about my own family history.

Why did you bring Persia into the story?

Well, one of my distant relatives actually spent time in the Middle East in the late 1700s.  He was a successful diplomat.  It just shows how Highlanders re-built their lives after the Rebellion and went on to be important parts of British establishment.  I also have a huge interest in Islam, especially Persian Islam, so it gave me the opportunity to say a few things about that.

And then the hero goes to America. Why America?

The same two reasons, I suppose.  Another distant relative was in the British Army before and during the American War of Independence, so there’s another way the Highlanders re-built.  I also have much interest in American history, especially the War of Independence and the Civil War.

So you end up with a Jacobite rebel (or son of one anyway) fighting the American rebels. How does that work?

Yeah, well that’s where Thomas comes to understand his own heritage best.  It’s difficult for him steering between his ambition to be a good British soldier in a situation that runs counter to a cause his father fought and died for.

So you said there’s plenty of adventure and romance?

Yes, naturally I want it to be a good read, apart from covering the history. So that means adventure and romance are mandatory.

What would you say to anyone contemplating reading this book?

Just read it – which sounds pretty obvious. Just read it to the end and I think you’ll like it, especially if you have some Scottish blood. But that’s not essential. I think Americans would like it – and Persians for that matter – anyone interested in how people grow to be who they are. 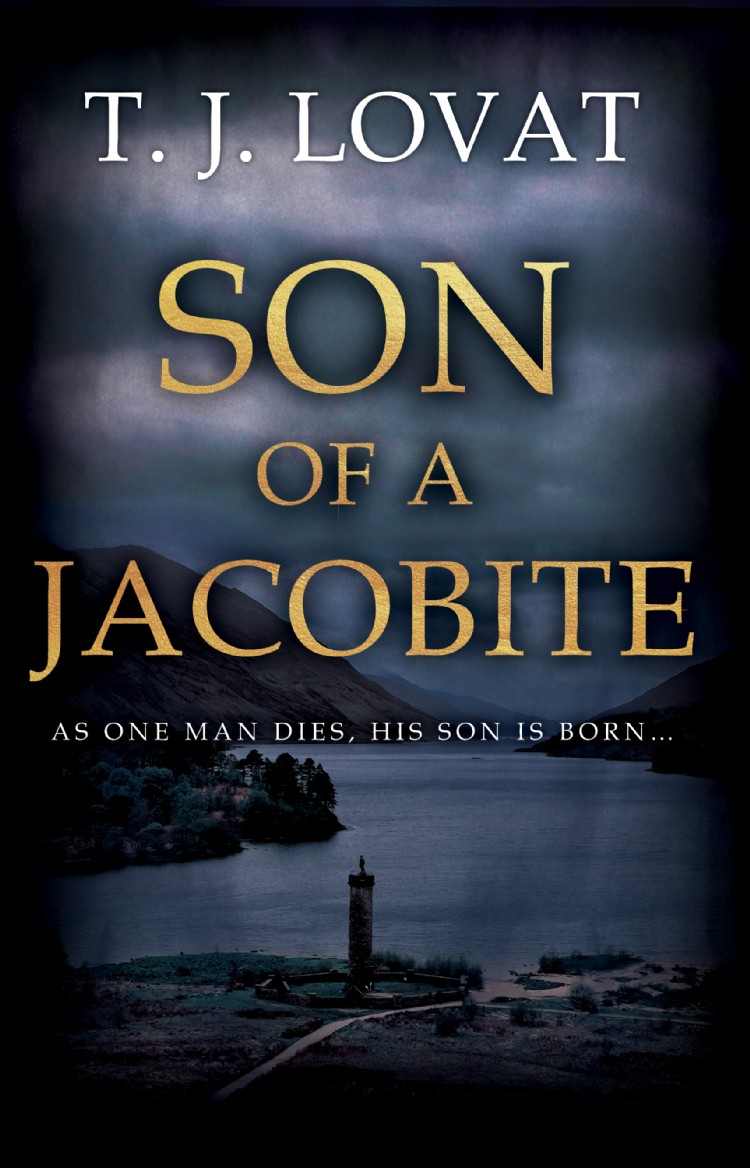 Fantastic read, fast pace and full of wonderful historical and cultural facts I knew nothing about! Love it when you learn something new :) A sequel would be fantastic so I will definitely be watching this author for any new books. (Jill, Troubador website)

Fluency and plot direction are remarkable. I found at many points that I could not put the text down. I enjoyed it greatly. (Robert Crotty, Emeritus Professor of Religion and Education)

A moving account with historical fact interwoven with intelligent and well thought out speculation to fill in the gaps of the historical narrative. (That’s Books and Entertainment)

The historical details… are interesting and sound and it will doubtless find willing readers among fans of works like Outlander and Into the Wilderness. (NetGalley)

It was great to read something different and there seems to be a hint near the end that there might be more to come from T.J Lovat… I can't wait to see what else he comes up with. (NetGalley)