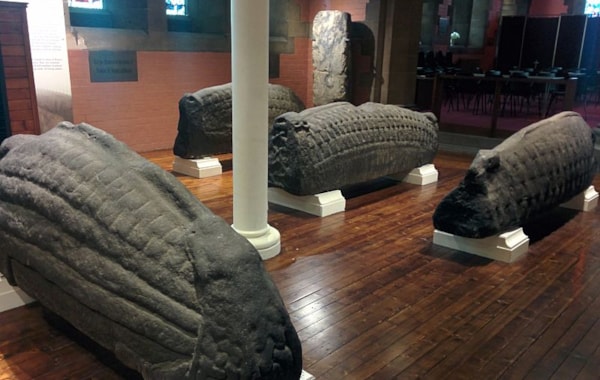 Kildalton High Cross (pictured left) is Scotland’s only surviving complete Celtic cross (and the only Celtic cross still in its original position) can be found next to the church at Kildalton. It was carved c800AD and includes a Biblical scene of the Virgin and Child, as well as carved animals and bosses. The cross stands 2.65 metres high with a span of 1.32 metres.