Tenement history: what can tenement features tell you about the history of your home? 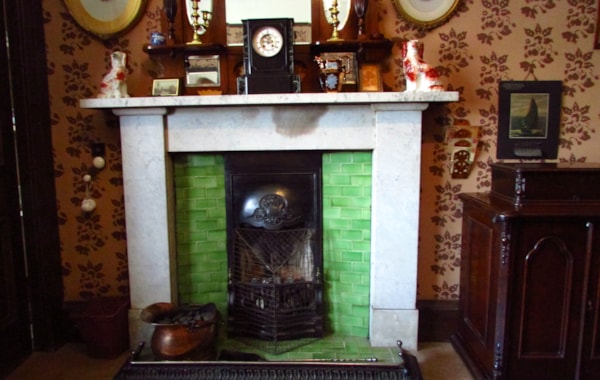 In our latest #StoryOfOurStreet blog, Ana Sanchez of National Trust for Scotland explores six features of a tenement, explaining what these tell us about tenement history.

Since the 1800s, tenements have provided a home to Glasgow’s citizens. Tenement House, cared for by National Trust for Scotland, allows visitors to find out what life was like for tenement dwellers.

In this blog, Ana Sanchez takes us through tenement features and explains what they tell us.

This Victorian feature adds a decorative feature to the top of a living room whilst also protecting the outside stonework and blocking noise from neighbouring flats.

Interestingly, some tenement flats had these placed slightly off centre, to help bounce the light off mirrors and make the room appear bigger. These take their inspiration from the medieval era, when a rose above a table indicated the freedom to speak.

This tenement feature of windows above interior and/or exterior doors allowed the flat to be filled with natural light, particularly important before the advent of electric lighting.

Most tenements were kept cosy with a coal fire, with many homes not having central heating until at least the second half of the 20th century. Look out for decorative tiles, which have sometimes been covered up, particularly if a bedroom fireplace has been blocked up at some stage.

These are one of the most unique features of tenement housing, and decorated the stairwell and landing of tenement buildings. Because these were areas held in common, tiles were popular for being easy to clean and there were some lovely examples of art nouveau tiling around the city of Glasgow.

Another distinctive feature, a set-in bed provided extra sleeping space and could be tucked away out of sight during the daytime. These beds are only found in pre-1900 flats as they were banned for health reasons thereafter.

The bed was traditionally in the parlour opposite the outside window facing the street, and had space for storage either above or below.

This feature made the most of the fact that in the days before central heating, the kitchen was usually the warmest room in the house. This type was built above floor level and could be hidden away behind curtains during the day.

For more on visiting The Tenement House, click here.

Looking for more ideas on exploring the story of your house and street? Visit our #StoryOfOurStreet project hub and download the research kit.