The abdicaiton of Mary Queen of Scots by Gavin Hamilton

A new online course from University of Glasgow aims to build the nation's knowledge of Mary Queen of Scots, as a survey revealed 51% of Britons couldn't identify Mary from her portrait.

A majority of Britons have proven history isn’t their strongest subject; when shown a portrait of Mary Queen of Scots, 51% were unable to identify her.

Regarded by academics as one of the most infamous monarchs in British history, Mary Queen of Scots is featured in lectures, lessons, popular culture and even on RuPaul’s Drag Race. So why can’t the public identify who she is?

It’s a problem the University of Glasgow and online learning platform, FutureLearn, aims to answer with its new course  The Life and Afterlife of Mary Queen of Scots.

The new course, The Life and Afterlife of Mary Queen of Scots, is free to access and finally showcases an honest look into her life. The course shows how Mary Queen of Scots left a lasting legacy on Scotland and the Royal Family as we know it.

Dr Steven Reid, a Senior Lecturer in Scottish History at the University of Glasgow, and course leader, said: “We’ve found over 2,000 different objects, ranging from art to personal relics, that tell us how Mary was remembered and how stories about her were told throughout centuries. These stories tell us as much about the cultural biases of the people who tell them – their views on gender, on religion, and on power, for example – as they do about how Mary has lived on in the popular imagination.

“This course provides us with a great opportunity to share that research with a global audience, and we’re excited to see it launch.”

The full list of questions asked during the research survey, with 2,000 respondents is:

Register for the Mary Queen of Scots course at FutureLearn. 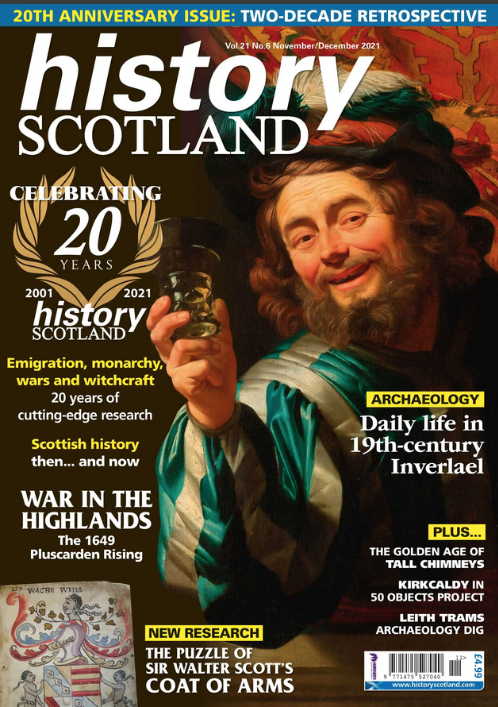