‘The problem of the Picts: searching for a lost people in northern Scotland’ in the running for a major archaeology award 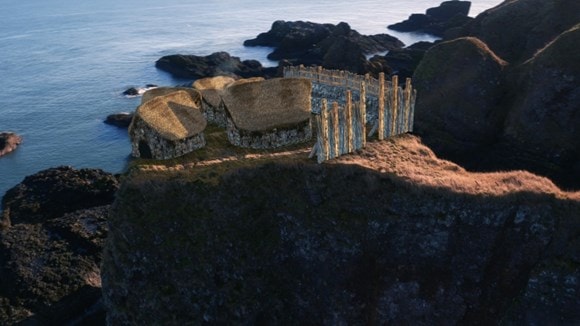 Artist's impression of the Pictish fort at Dunnicaer

Pioneering work led by the University of Aberdeen, which has revealed a new picture of Scotland’s Pictish past, is in the running for the 2021 Current Archaeology Awards - and voting is now open.

The awards celebrate the people and projects judged to have made outstanding contributions to archaeology and 'The problem of the Picts' is one of six shortlisted for Research Project of the Year.

Since 2012, the research team led by Professor Gordon Noble has been building a very different picture of the early societies of northern Britain given the name 'Picti' - meaning 'Painted Ones' - by the Romans, to that traditionally presented in history books.

The Picts have long been regarded as a mysterious people, leaving behind little evidence of their presence other than their iconic carved stones and so their image in popular culture is of a wild warrior tribe of painted people.

Excavations as part of the Northern Picts project since 2012 have shown the Picts to have been a much more sophisticated society, trading across Europe and creating large, hierarchical settlements.

At Tap o’ Noth, an imposing hill which rises above the village of Rhynie to the north of Aberdeen, the team made their most spectacular find yet. 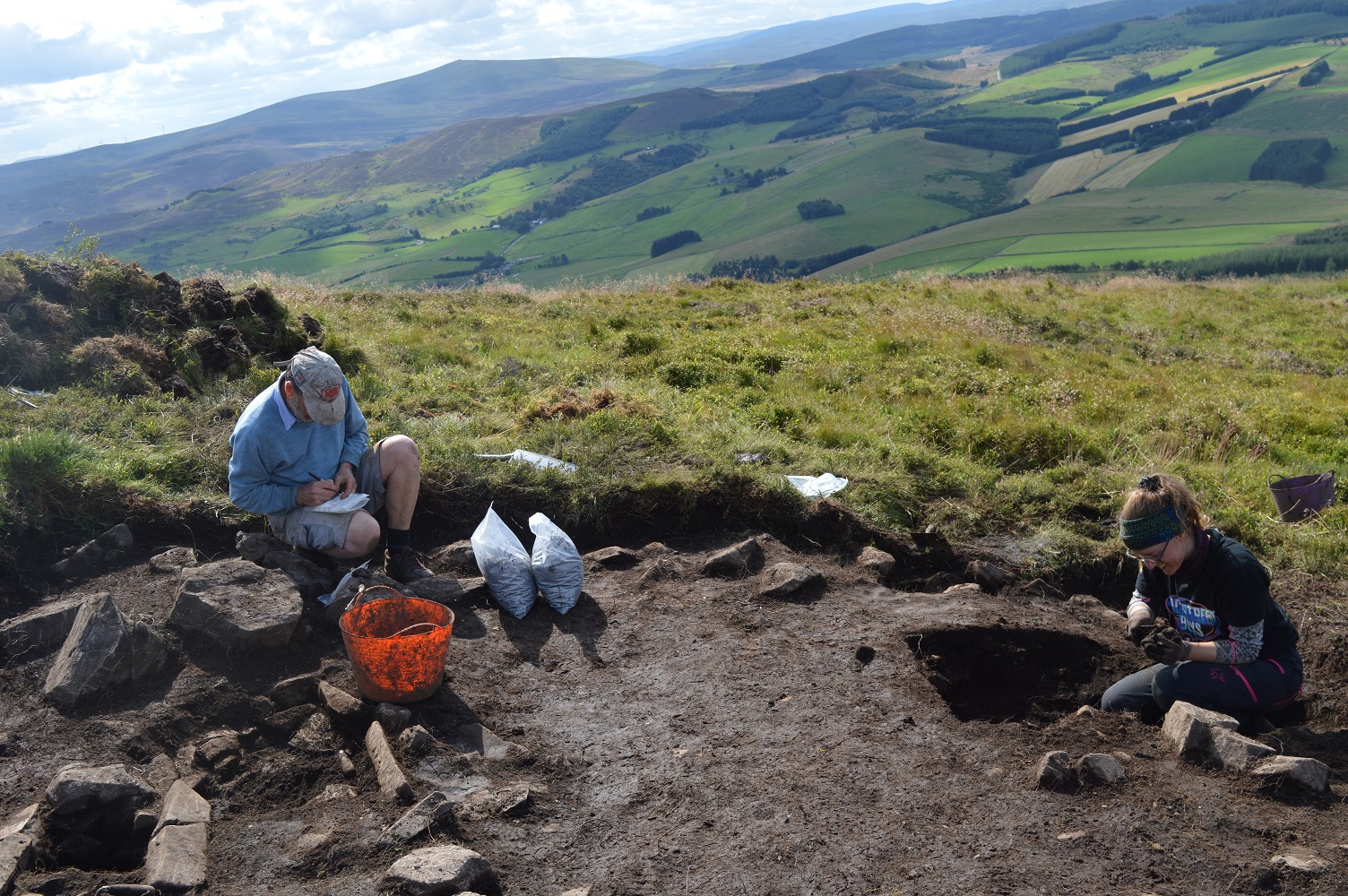 Earlier this year, using radiocarbon dating and aerial photography, they uncovered evidence which indicates that as many as 4,000 people may have lived in more than 800 huts perched close to the summit, rivalling the largest known post-Roman settlements in Britain and Ireland.

This built on the picture they began unravelling in the valley below at Rhynie where eight years ago they found evidence for the drinking of Mediterranean wine, the use of glass vessels from western France and intensive metalwork production at a site at Barflat farm, just to the south of the village. The finds suggest it was a high-status site, possibly even with royal connections.

Further finds were made at the precarious Dunnicaer sea stack close to the iconic Dunnottar Castle near Stonehaven. The rocky outcrop, which could only be accessed with the help of experienced mountaineers, was identified as the oldest Pictish fort ever discovered, dating back as far as the third or fourth centuries, with implications for the dating of the Pictish symbol stones found there. 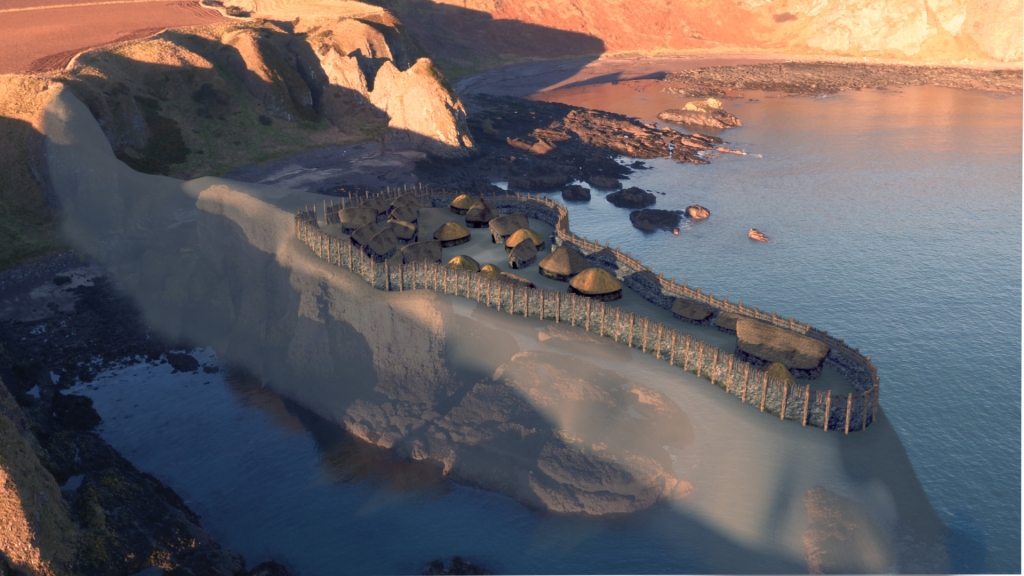 Artist's impression of the site

While at Burghead, the largest Pictish fort previously known in Scotland, they found evidence of longhouses, Anglo Saxon coins of Alfred the Great and complex feats of engineering which were used to construct enormous defensive ramparts.

These finds, together with their work on the Picts’ most famous legacy – their system of symbols – has radically altered the accepted face of Scotland’s warrior kingdoms.

Professor Noble said: “Since we began our work on northern Picts in 2012, we have uncovered ever-increasing evidence of Pictish society through large-scale excavations of the scale hitherto rarely undertaken. These have begun to underline the importance of northern Pictland and north-east Scotland to the establishment of the first kingdoms of Scotland.

“For too long this period of Scotland’s history has been a particularly poorly illuminated part of the so-called Dark Ages. Our work is shedding new light on this and engaging people in new ways with our Pictish past.

“The discovery at Tap o' Noth earlier this year revealed a scale of occupation previously unimagined and, in a Pictish context, nothing else we have found before compares to this.

“Our investigations into their famous symbols also support the idea that they represent a means of communicating the identities of Picts and that this was developed in the same era as other writing systems across Europe, like the ogham script of early Ireland and the runic system developed in Scandinavia.

“We are delighted that our work on the Picts has been recognised by Current Archaeology with an award nomination and hope people will get behind us with their votes.”

The outcome of the award will be determined entirely by public. To cast your vote, visit the Current Archaeology Awards website.