The QE2 passenger liner was launched - On this day in history 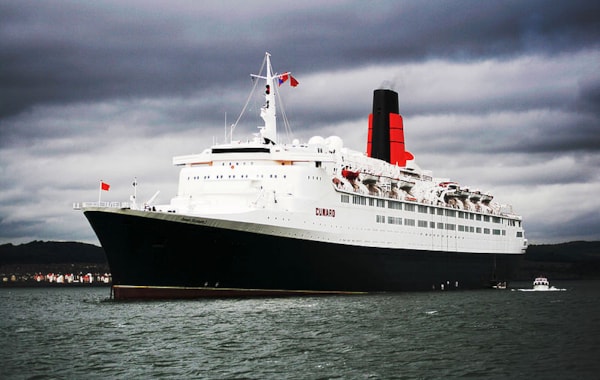 The QE2 passenger liner was launched on 20 September 1967.

The QE2 passenger liner was launched by Queen Elizabeth on 20 September 1967 at John Brown's shipyard in Clydebank. It would be another year before the ship left her fitting out berth and in November 1968, she was ready to sail down the Clyde for her final trials. The maiden voyage of the QE2 was made on 2 May 1969, when the ship sailed from Southampton to New York.

By the time of her retirement in 2008, the ship had travelled more than six million miles and carried over two million passengers.