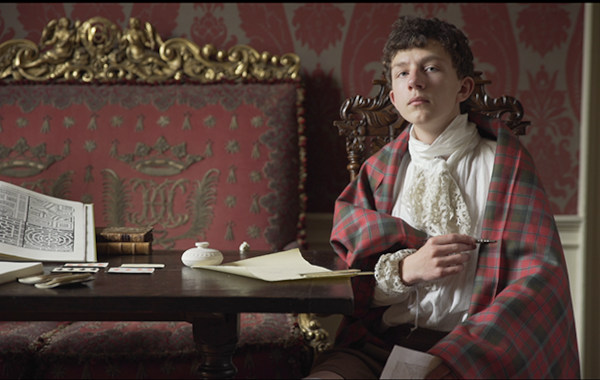 The film Loudoun, which is the work of staff, students and recent graduates of Edinburgh College of Art, was shot at Lennoxlove Castle in East Lothian, at Dalkeith Country Park and at Loudoun Hill. It discloses a 'great but little known' national heritage of vast formal designed landscapes in Scotland around 1700 – which were modelled on the great park at the Palace of Versailles.

Film-maker Margaret Stewart is an architectural and landscape historian at Edinburgh College of Art, researching the landscape and architectural plans of the Earl of Mar, who led the Jacobite Rising of 1715. She said: 'Instead of the usual voice-over and a presenter, the historical facts and documents are allowed to speak for the past.

'We used authentic interiors and landscapes, maps, fragile drawings and plans rarely seen in public, and specially made costumes and recorded music enhance this sense of authenticity. We are currently fundraising to complete the film by this autumn.'

Details of the fundraising campaign can be found on the website, which also has details of the production team and the film's potential impact.