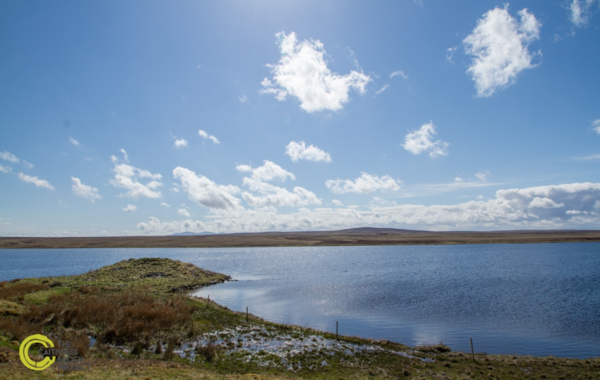 Caithness is home to many spectacular attractions – from the famous sphere of Dounreay, the first nuclear power station in Britain and an engineering marvel; to the arresting and dramatic Duncansby Stacks, which reach out of the Pentland Firth, stretching towards the sky.

Along with world-class surf and world-important peat lands, these are the sites and sights which have become symbolic of the most northerly county on the Scottish mainland.

However, Caithness harbours a fascinating secret: a structure as technologically-advanced for its time as Dounreay was, and, like the famous stacks, once towered over the landscape. Caithness is the home of the broch.

THE BROCHS OF CAITHNESS

Brochs have been described as the ‘pinnacle of prehistoric architecture’, and, once visited, it’s not hard to disagree. These huge drystone-constructed towers – unique to Scotland - are truly impressive sights – examples such as Dun Telve and Dun Troddan in Glenelg, Dun Carloway on the Western Isles and of course Mousa Broch on Shetland being some of the most famous and iconic of these structures.

However, 2,000 years ago, it was Caithness which could lay claim to having more brochs than anywhere else. There are thought to be between 200 - perhaps as many as 300 - brochs peppering the county, and would have been an awesome but intimidating presence in the landscape.

Structurally, brochs remain an intriguing study for archaeologists, engineers and architects throughout the world. Despite being physically imposing, it’s thought they did not have any strategically military use in warfare – instead they may have been status symbols in the prehistoric world.

There are of course many fine brochs to visit in the county, and so we’ve tried to pick our top five for your consideration…happy broch-bragging!

Set on the historic east coast of Caithness, with castles, brochs and more, the broch Nybster has seen several excavations through the years – from Barry’s late 19th century digs to AOC Archaeology Group’s more recent attempts to understand the sites. Nearby you can visit the Caithness Broch Centre, and check out some of the finds recovered from the area.

Don’t miss: The monument - erected by Tress Barry to himself - just beside the broch

What’s in a name? On the banks of Loch Rangag sits the enigmatic remains of Greysteil Castle (very nearly something which He-Man might have once lived in!), which has an even more intriguing 16th century poem ‘Greysteil’ attached to it, involving invincible but tainted knights, magic swords and fingers being sliced off! Not only does the broch have an interesting backstory, it also has a beautiful backdrop – the rolling peatlands of Caithness give way to the hills of Caithness: Morven, Maidens Pap and the Scarabens are a stunning sight.

Don’t miss: The unique ‘horsehoe’ stone circle of Achavanich is little more than a mile away from Loch Rangag, and definitely worth checking out. Nearby the Achavanich Beaker Burial was also discovered. This is an area rich in wonderful archaeological gems.

A monster! Although there is little to be seen structurally at this broch site, you will be amazed by the sheer size and scope of this structure. With commanding views across the nearby town of Thurso, the Pentland Firth and Dunnet Head, it’s little wonder this broch was re-used in Viking times as a meeting place or perhaps even form of parliament – hence the name ‘Thing’, old Norse for ‘meeting place’.

Don’t Miss: The views across Caithness. Imagine being a powerful Viking earl and shouting across the landscape – so noisy you could wake up the occupants of the nearby cairn!

Hidden within the Dunbeath strath and nestled within the trees, Dunbeath is removed from public view. It’s a pleasant stroll to this broch and a sense of calm and reflection can be attained whilst gazing at the ancient ruins. It’s no wonder famous local author Neil M. Gunn was so inspired by this broch in his writing!

Don’t miss: The walk further along the strath is full of history – from ancient chapels to hut circles, and is dripping with gorgeous scenery. Dunbeath Heritage Centre is also located nearby and well worth a visit!

Why visit one broch when you could visit five? In a stretch of river little more than 3 miles long you will find 5 brochs, two within a few hundred yards of each other! Further south along the river you will come across the remains of 3 broch sites as well as stone rows, in an area steeped in history and beautiful scenery.

Don’t miss: The remains of Dirlot Castle are situated little over 3 miles away from Westerdale Mill. Check out the unusually-shaped graveyard, and the ‘Devils Pool’, which reputedly contains sunken gold – sadly, several divers have died trying to recover the fabled treasure.

Nowadays, most brochs throughout Scotland are little more than grassy knolls and a few protruding stones. In Caithness many were voraciously excavated by Sir Francis Tress Barry, with valuable information now lost forever. Archaeology is, after all, an experiment which can only be repeated once…

The Caithness Broch Project, however, wish to carry out one of the most ambitious and exciting experiments seen in the world of archaeology: constructing a replica broch.

We hope that by doing so, we can provide an academic and archaeological study, and gain valuable insights into how our ancestors would have created such magnificent and impressive structures. Once completed, the replica broch would become a piece of ‘living history’, furnished with all the items and objects of the time, with re-enactors painting a vivid picture of our shared past for the local community and tourists alike.

As we work towards this aim, the Caithness Broch Project hopes to promote and develop the archaeology of Caithness through a number of projects and events – from improving the access, signage and interpretation of brochs to community outreach programmes such as surveying and recording, or organised walks.