The Battle of Falkirk Muir, which took place on 17 January 1746, saw the forces of Prince Charles Edward Stuart (around 7,000 men) face government forces of c.8,000 led by Henry Hawley. This turned out to be the largest battle of the '45 Rising, and the penultimate Jacobite battle fought on British soil, coming before the Jacobite defeat at the Battle of Culloden in April 1746.

Visitors will be led along a trail at Bantaskine on the south side of Falkirk, which is marked by a number of interpretative panels, one of which is shown below, which demonstrated through words and illustrations how the battle panned out. Visitors will also benefit from newly-created seating and paths.

The trail forms part of the John Muir Way, which runs from Helensburgh to Dunbar.

The Battle of Falkirk Trail was developed by Callendar Estate in association with Falkirk Community Trust, The 1745 Association, the Scottish Battlefield Trust and Falkirk Planning Department. 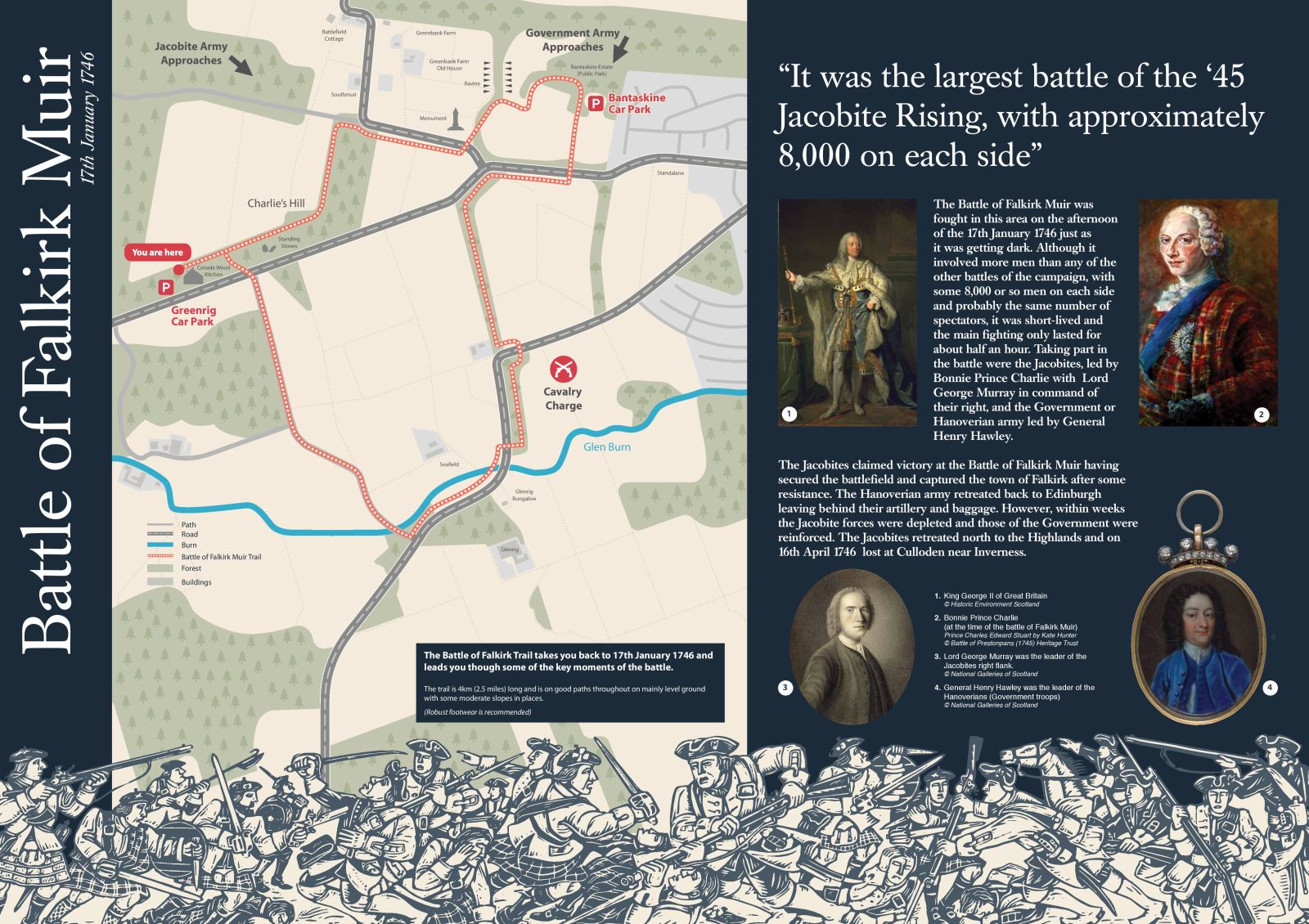