When is Tartan Day? 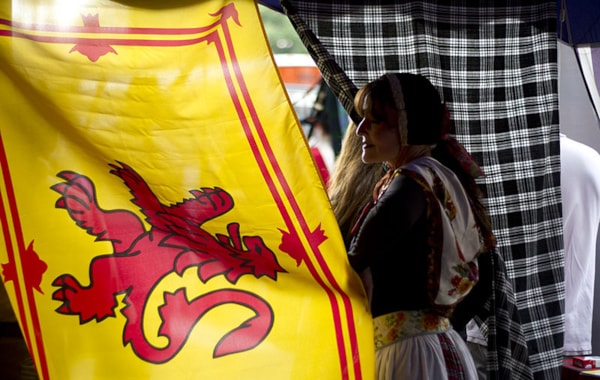 When is Tartan Day? Images

Tartan Day is celebrated on 6 April each year and is a worldwide celebration of Scottish heritage. Communities around the world take part in Tartan Day, organising parades, ceilidhs, meetings and talks. One of the best known Tartan Day events is the New York Tartan Day Parade, which is held on the Saturday nearest to 6 April, as part of New York Tartan Week.

The 20th annual Tartan Day Parade in New York will be held on 6 April 2019 with Sir Billy Connolly as Parade Grand Marshal. The parade will include appearances by the parade's own pipe band, and representatives of a range of Scottish heritage socieites and organisations, including the St. Andrew’s Society of the State of New York, the New York Caledonian Club and The American-Scottish Foundation.

Despite its strong New York connections, Tartan Day was actually established in Nova Scotia, Canada in 1987, after a proposal by the Federation of Scottish Clans in Nova Scotia.

The date 6 April has special significance in Scottish history as it was on this day in 1320 that the Declaration of Arbroath was signed. The Declaration was drawn up at Arbroath Abbey and addressed to Pope John XXII. It was intended to confirm that Scotland was an independent state which had the right to defend itself.

Although Tartan Day celebrations tend to be focused on diaspora communities outwith Scotland, Angus Council established the first Scottish Tartan Day in 2004 and has since been followed by towns and cities including Aberdeen, Edinburgh, Montrose, Perth and Glasgow.

The Illustrated Encyclopedia of Tartan: A Complete Guide to Over 400 tartans by Iain Zaczek