A dinosaur fossil that almost went undiscovered is giving scientists valuable clues about a family of creatures that flourished just before the mass extinction.

A dinosaur fossil that almost went undiscovered is giving scientists valuable clues about a family of creatures that flourished just before the mass extinction. For the latest history, archaeology and heritage news, opinion and features, sign up for our free e-newsletter.

The bird-like species, found at a building site in southern China and nicknamed the ‘Mud Dragon’, was preserved almost intact, lying on its front with its wings and neck outstretched. Scientists speculate that the creature may have died in this pose after becoming mired in mud about 66-72 million years ago.

Scientists have named the new species Tongtianlong limosus, meaning ‘muddy dragon on the road to heaven’.

The two-legged animal belongs to a family of feathered dinosaurs called oviraptorosaurs, characterised by having short, toothless heads and sharp beaks. Some, including the newly found species, had crests of bone on their heads that were probably used as display structures to attract mates and intimidate rivals, like modern-day cassowaries. 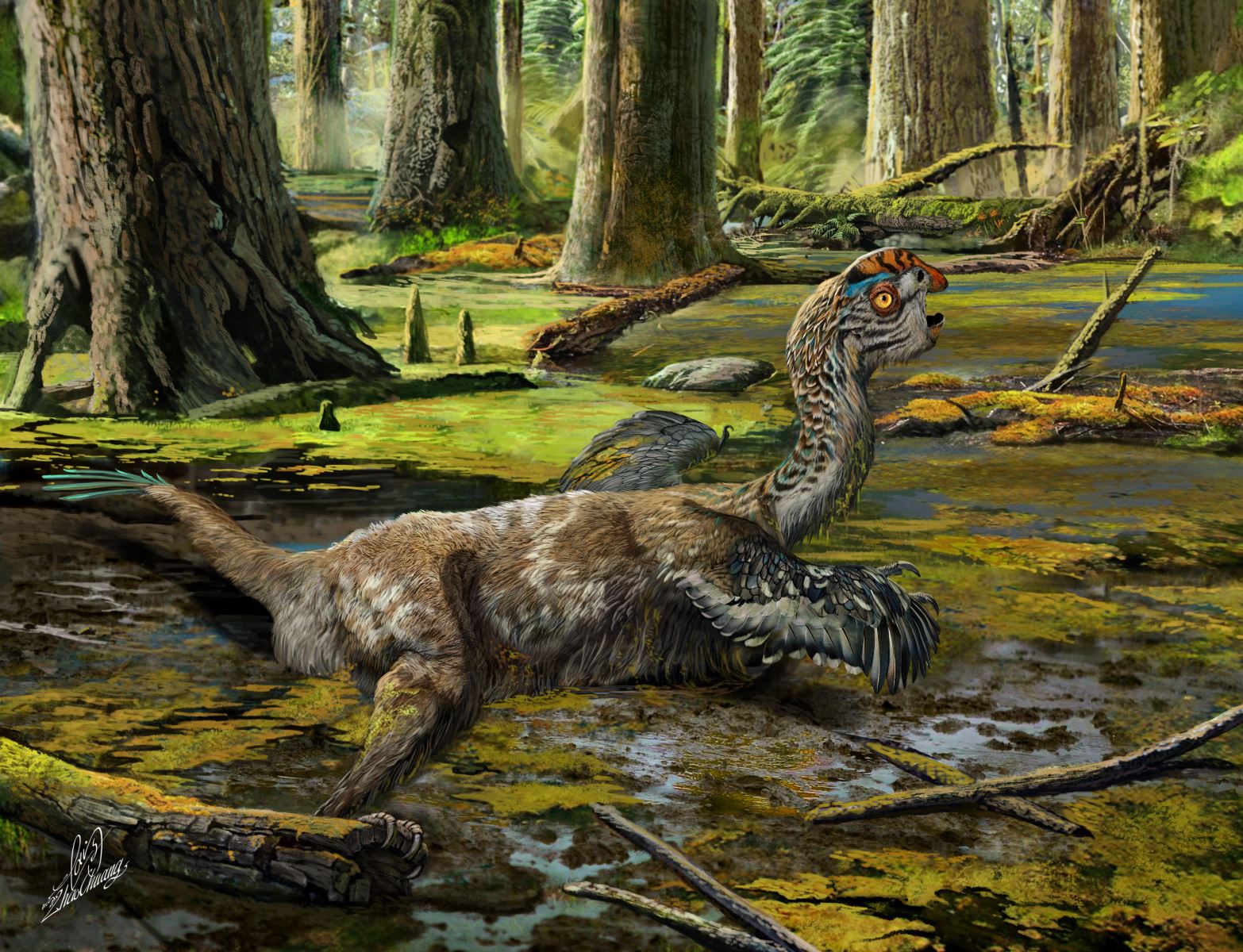 Fossil discoveries in recent decades suggest that this group of flightless animals was experiencing a population boost, diversifying into new species, during the 15 million years before the dinosaurs went extinct. The group was probably one of the last groups of dinosaurs to diversify before the asteroid impact 66 million years ago, which killed off all of the non-bird dinosaurs.

The skeleton was found during excavations using explosives at a school construction site near Ganzhou. The fossil remains remarkably well preserved and almost complete, despite some harm caused by a dynamite blast at the construction site.

Researchers from the University of Edinburgh and China, who carried out the study, say the finding helps better understand how the last-surviving dinosaurs were flourishing before tragedy struck.

It was supported by the National Natural Science Foundation of China, the Fundamental Research Funds for the Chinese Academy of Geological Sciences, the EU Erasmus Mundus Experts Sustain Program and a Marie Curie Career Integration Grant.

Dr Steve Brusatte, of the University of Edinburgh’s School of GeoSciences, said: “This new dinosaur is one of the most beautiful, but saddest, fossils I’ve ever seen. But we’re lucky that the ‘Mud Dragon’ got stuck in the muck, because its skeleton is one of the best examples of a dinosaur that was flourishing during those final few million years before the asteroid came down and changed the world in an instant.”