More than fifty previously unseen films showing what life was like in the Scottish countryside last century have been made available online as part of the Britain on Film project.

More than fifty previously unseen films showing what life was like in the Scottish countryside last century have been made available online as part of the Britain on Film project.

Rural Life charts the changing countryside and rural life, showing traditions, customs, trades and skills, some of which have now died out. The films are available to view on BFI Player, via an interactive map. The films will also be screened at more than 125 locations around Britain.

Content continues after advertisements
Southern Uplands (1937)
In the rural hills and dales the land offers up yields of wool, cereals, meat and milk. A sheep shearer removes a fleece in one piece, pipe in his mouth throughout, and a horse is as good as a tractor in reaping a harvest of oats.
Selkirk Common Riding 1899 (1909)
A magnificent foot parade and cavalcade of horsemen process through the streets and common land of Selkirk in a centuries-old ceremony of the Scots RoyalBurgh, recalling medieval border disputes between Scotland and England.

Take a moment to sample a relaxing promo for one of Scotland's great exports. Bell's blended Scotch "brings mellow friendship to every corner of the
world" and the film is itself a mellow blend of travelogue, history lesson and detailed industrial documentary, taking us from barley field to bar. 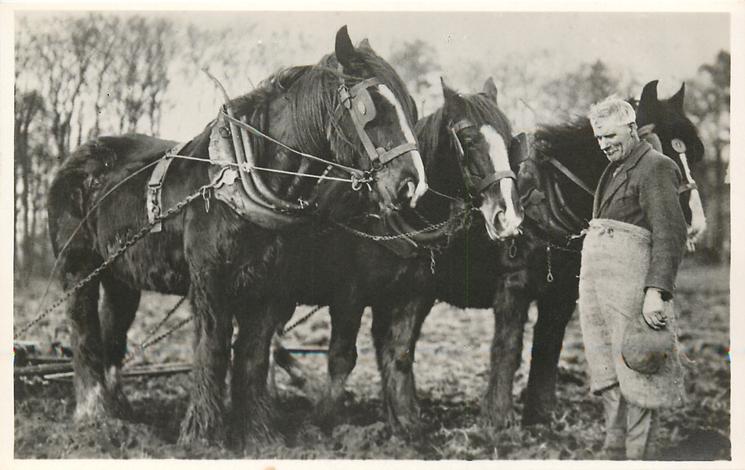 AN UNRIVALLED RECORD
Robin Baker, Head Curator, BFI National Archive said, “These films offer an unrivalled record of our rural heritage in all its richness across the 20th century. It’s an immersive experience to watch them and often deeply moving. People who live and work in the countryside will be fascinated to see how their forbears used to live. Like many other city dwellers, I was born and bred in the countryside, and this collection of films offers all of us an extraordinary and very real social history of the British countryside.
It’s a very potent portrait of an often neglected cornerstone of our national life."
VIEW THE FILMS
The films in Rural Life date from 1900 to 1999 and are drawn from the collections of the BFI National Archive and the UK's Regional and National Film Archives, with content spanning the whole of the UK.  By 2017, thanks to National Lottery funding, and the support of the Esmee Fairbairn Foundation, 10,000 film and TV titles from 1895 to the present day will be newly digitised and available to view.
Visit the Britain on Film map and search by location, decade or subject.