A violin which Robert Burns is said to have danced to will sound as it did in the 18th century, after being restored to its original condition.

A violin which Robert Burns is said to have danced to will sound as it did in the 18th century, after being restored to its original condition by National Trust for Scotland.

The instrument is thought to have belonged to Burns’ tutor William Gregg and accompanied Robert Burns’ dance lessons at the Bachelors’ Club in Tarbolton.

Over the years, a series of repairs and modernisations, including the adding of a chin cup, had been made to the violin and it used modern style strings. 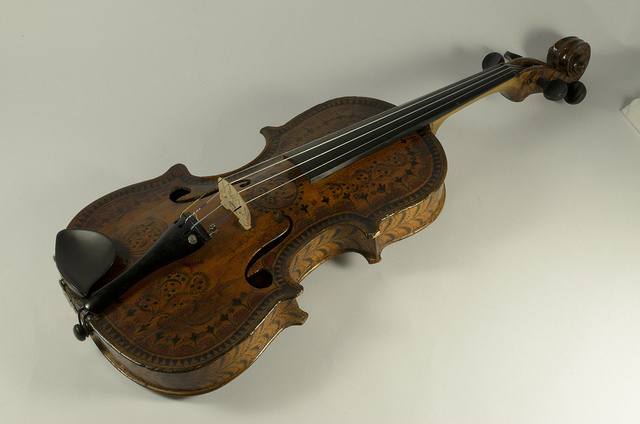 Last year, the National Trust for Scotlandarranged for Kirkcaldy-based violin expert David Rattray to restore the instrument to how it would have been in the 18th century, when Burns danced to it.

The fiddle is a decorated baroque violin of provincial-type construction dating to the mid-18thcentury. It is made from pine, bird’s-eye maple and plain cut sycamore. The instrument has now been repaired and restored and has been restrung with gut strings as it would have been originally.

Dancing as a form of rebellion?

According to experts at the Robert Burns Birthplace Museum, the young Robert Burns began attending dancing lessons in Tarbolton around 1779.

Museum curator Sean McGlashan said: “Burns wrote that he hoped dancing would ‘give my manners a brush.’ More likely, he realised dancing lessons were an excellent form of rebellion, as his father frowned upon such sinful behaviour.”

The violin is due to be played a number of times around Burns Night by acclaimed musician Alistair McCulloch. He said:  “I am very excited about playing the Gregg violin again and treat it as a real honour. I feel it is important to play music of the period, particularly the music of Niel Gow who Burns met in 1787. The tone of the instrument has a sweetness which enhances the character of these great old tunes.”

For more on the Robert Burns Birthplace Museum, visit the website.