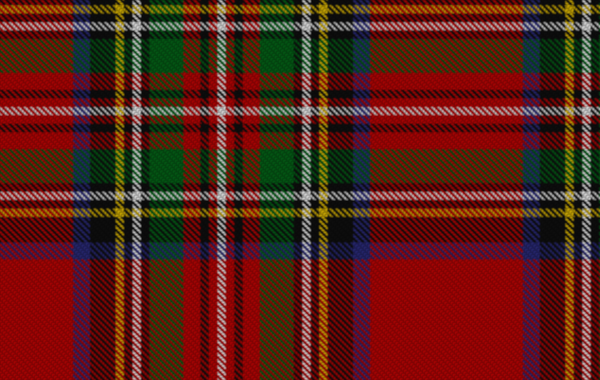 Find out which tartan you can wear and discover which tartan is linked to your family name or the region where your ancestors lived.

Millions of people around the world are proud to wear tartan – which, according to the 2008 Scottish Register of Tartans Act is ‘a design which is capable of being woven consisting of two or more alternating coloured stripes which combine vertically and horizontally to form a repeated chequered pattern’.

Tartan is perhaps best known when worn as a kilt, but can feature on many other items including ties, hats, blankets and shawls.

There are no set rules about who can wear what tartan but traditionally, people look for a tartan associated either with the name of their clan, or the tartan associated with the region where their ancestors lived. There is also a range of tartans which can be worn by those without a family connection to a clan or sept.

Just a few tartans are classed as restricted wear, for example the Balmoral tartan which can only be worn by members of the British Royal Family, and also several tartans restricted to certain clan members only.

Which tartan is associated with my clan?

To find out whether your surname or clan has a tartan associated with it, visit the website of the Scottish Register of Tartans. Simply enter your clan or surname into the ‘quick tartan search box’ on the top right and if there’s a match, you’ll be taken to a page which shows the tartan and details including the date of registration and the tartan designer where applicable. You can also use the A-Z guide to browse the tartans.

MORE: When is tartan day?

One of the best known tartans is the Royal Stewart tartan, which is associated with the Royal House of Stewart, which reigned from 1316 (Robert II of Scots) to 1714 (Queen Anne).

This tartan can be worn by anyone and it is also the personal tartan of the current queen. Others who wear the Royal Stewart tartan include the Scots Guard, the Black Watch and the Royal Scots Dragoon Guards.

Despite its royal associations, the Royal Stewart Tartan can be worn by anyone, a status confirmed by the Scottish Register of Tartans, who state: ‘In the same way that clansmen wear the tartan of their chief, it is appropriate for all subjects of the Queen to wear the Royal Stewart tartan’.