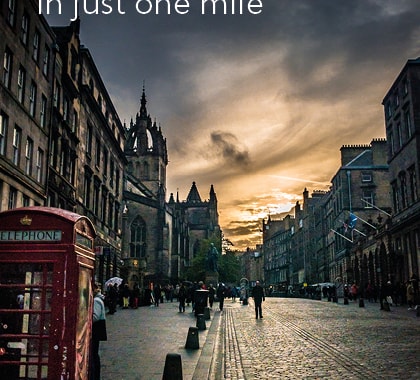 What stories might Edinburgh’s picturesque streets, historic buildings and beautiful outdoor spaces tell us if they could speak? This is a question set to be answered by the City’s new marketing campaign: ‘Forever Edinburgh - The Story Never Ends’.

Delivered jointly by the City of Edinburgh Council, ETAG and VisitScotland, the campaign will bring to life the Capital’s dynamic stories and the unique experiences to be had around every corner in the city. The campaign promotes the city’s attractions, shops, bars and restaurants at a time when lockdown is easing.

Alongside showcasing all that the city has to offer, both in the centre and its eclectic neighbourhoods, the campaign will also shine a light on Edinburgh’s abundance of outdoor spaces, including coastal and waterway locations, and support the recovery of regions surrounding the city. The aim is to show how versatile the city is, whatever the time of year the year.

Visiting Edinburgh in any season

Over the next six to twelve months, the campaign will feature a series of summer and winter-themed films that will bring Edinburgh’s stories to life, from its folklore and myths to its historic shores and waters. It will tell stories from beyond the grave and take a look at Edinburgh’s tasty past and present.

Enjoy a year of History Scotland magazine for just £20 with our anniversary offer.

Themed itineraries will invite citizens and visitors to explore undiscovered parts of Edinburgh, with more exciting chapters still to be revealed.

Paula Ward, Regional Leadership Director at VisitScotland, said: 'Edinburgh is Scotland’s tourism crown jewels and this exciting campaign will help to reinvigorate the city’s tourism sector as it recovers from the devastation left by the pandemic. It is the city’s stories and people that are the foundation of what makes Edinburgh a world-class visitor destination.

'Forever Edinburgh will not only showcase the experiences and businesses found across the city but will act as a springboard for the surrounding regions, with dedicated regional pages, spreading the benefits of tourism to the capital in a sustainable and responsible way. For tourism is a force for good – creating economic and social value in every corner of Scotland and enhancing the well-being of everyone who experiences it.'