Archaeology and the Battle of Dunbar 1650: From the Scottish Battlefield to the New World - free online course 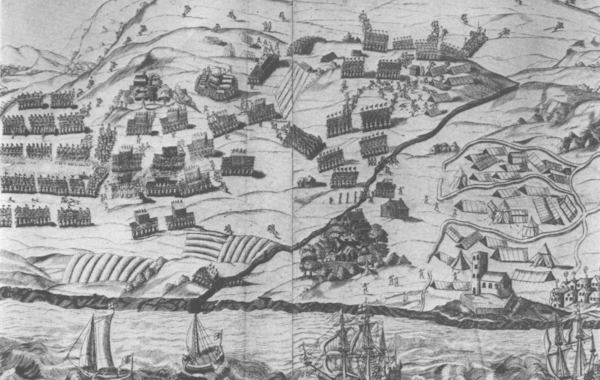 Discover how science, history and archaeology unlocked the stories of the soldiers from the Battle of Dunbar 1650 in a free online course from Durham University and Future Learn.

Discover how science, history and archaeology unlocked the stories of the soldiers from the Battle of Dunbar 1650 in a free online course from Durham University and Future Learn.
The free six-week online course has been developed by historians at the University of Durham and shows students how the latest archaeological science techniques revealed how and why these men disappeared from history. Students will join researchers seeking to solve a 350 year old mystery, and explore the resulting controversies.
The Battle of Dunbar project
The course is based on the ongoing findings of a project that began in November 2013 when archaeologists observing building work near Durham Cathedral made an unexpected discovery: skeletons in two mass graves. Over the next two years, researchers worked to establish the identity of the human remains. Today we know them to be Scottish prisoners who died after the Battle of Dunbar on the coast of Scotland in 1650.
Course topics
How to join
The course starts on 29 April 2019 and you can register here. The course tutors are Chris Gerrard, Charlotte Roberts and Julie Biddlecombe-Brown.