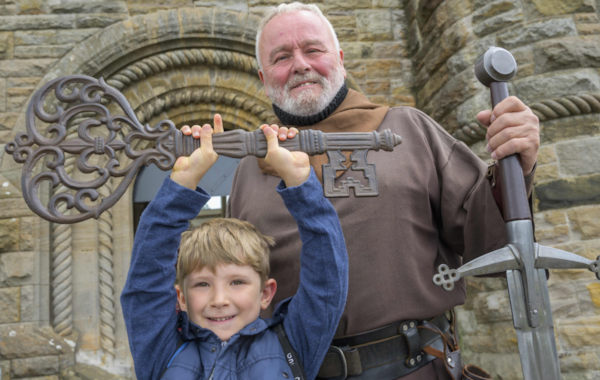 The National Wallace Monument has revealed details of a day of celebrations to mark the visitor attraction’s 150 year anniversary since it officially opened to the public on 11 September 1869.

The National Wallace Monument has revealed details of a day of celebrations to mark the visitor attraction’s 150 year anniversary since it officially opened to the public on 11 September 1869.

Stirling Provost, Christine Simpson, will launch the anniversary day which will include song and dance performances from the local Monument School of Performing Arts, battle stories from costumed soldiers and a guided archaeologist’s tour of the Abbey Craig, where the Battle of Stirling Bridge took place.

The first 150 visitors on the day will be rewarded with a 'special souvenir' – and everyone will receive a commemorative certificate to mark the significant milestone.

The day of festivities will culminate in a spectacular light display which will illuminate the Monument in striking colours and patterns, followed by a burst of celebratory fireworks visible from the Abbey Craig, and much of Stirling.

Tickets for admission to The National Wallace Monument’s exhibition galleries can be purchased here.

Speaking of the upcoming events, Ken Thomson, Marketing Manager at Stirling District Tourism, the charity responsible for operating the Monument, said: “The National Wallace Monument has been a key feature of the Stirling skyline for 150 years. We are thrilled to mark this momentous occasion in the Monument’s history with these special activities, and we hope that many visitors will join us on the 11th of September to enjoy the celebrations.”

The 150th anniversary programme has been supported by EventScotland, part of VisitScotland’s Events Directorate.

QUICK LINK: Immerse yourself in Scotland's rich history with our exciting history guides