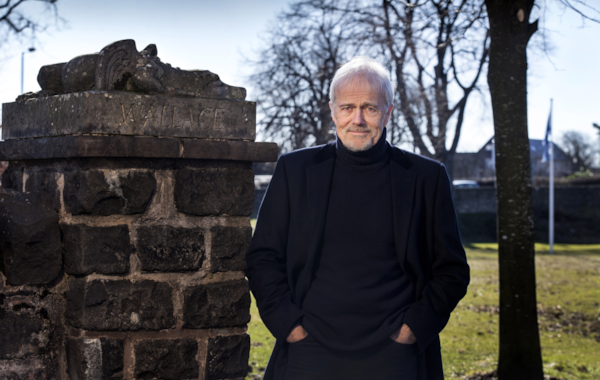 Artist Malcolm Robertson has been commissioned to create a four-metre-high installation of William Wallace and Andrew de Moray at the site of the Battle of Stirling Bridge.

Artist Malcolm Robertson has been commissioned to create a four-metre-high installation of William Wallace and Andrew de Moray at the site of the Battle of Stirling Bridge in 1279. For all the latest history and archaeology news, features and special offers, sign up for our free bi-monthly e-newsletter.

The decision marks a watershed moment for The Guardians of Scotland Trust (GOST) in a unique on-going fundraising campaign to enhance the site as a major visitor attraction in Scotland. The proposed design, a four metre high installation called Brothers In Arms, shows the two men shoulder-to-shoulder, with their arms aloft raising an eight metre high Scottish flag.

Malcolm Robertson, whose statue of comic icon Oor Wullie was recently unveiled in Dundee, has been awarded the commission to design a work commemorating the historic battle's two heroes, William Wallace and Andrew de Moray. A key aim of the Trust is to educate the public about the significance of Wallace's co-commander, Andrew de Moray, who died not long after the battle of wounds suffered during the conflict. 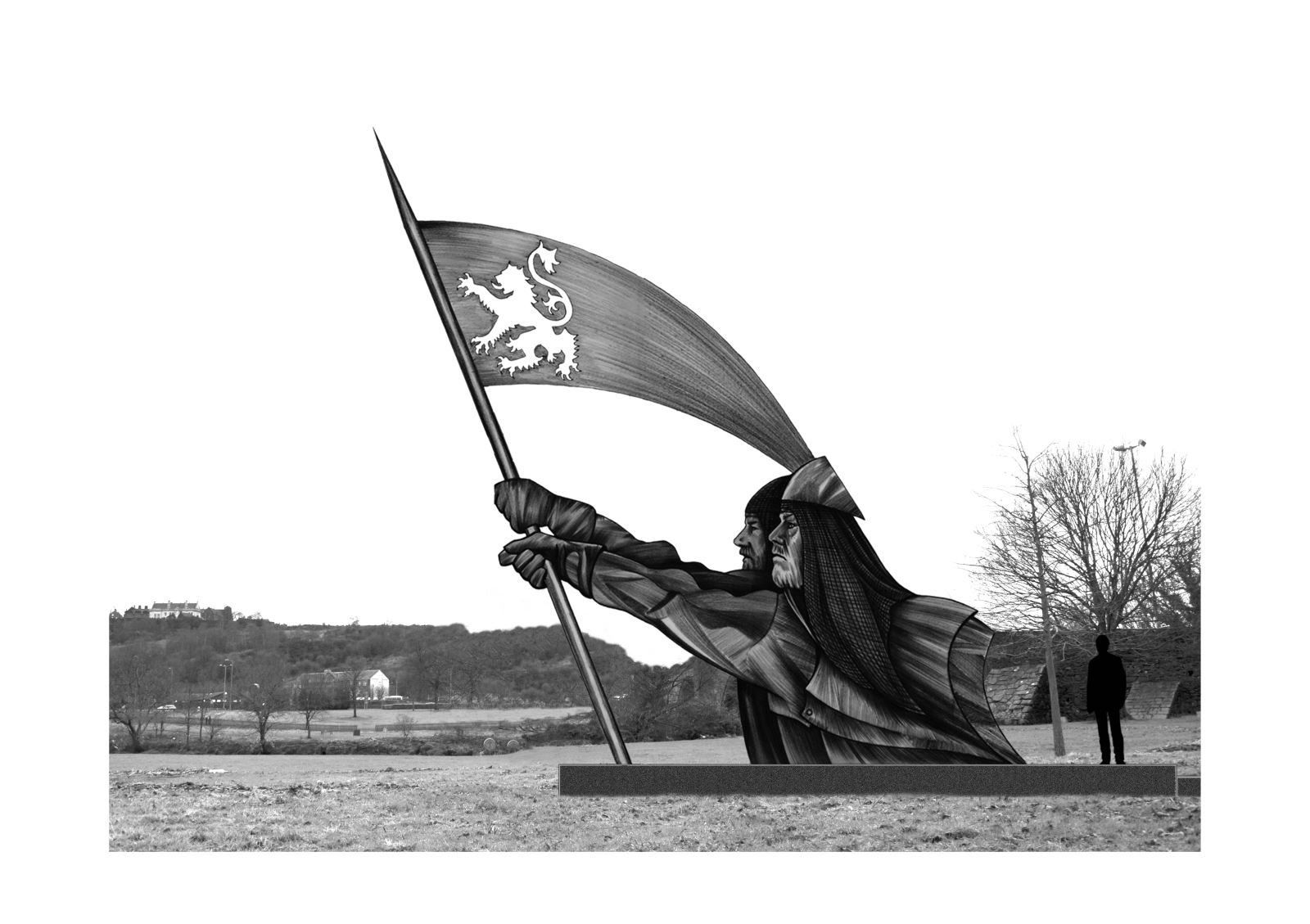 For his grand design at Stirling Bridge, Malcolm Robertson has proposed an optical illusion which sees two giant hollow heads of Wallace and de Moray, made of corten weathering steel, appear and re-appear as visitors walk around them. He said: 'When viewed from the front, the faces are seen looking forward to Stirling Castle. Because of the sculpture's unique 'hollow' construction, when viewed from behind, the faces seem to re-appear, and are seen looking back at the Wallace Monument.

'The heads are essential a three-sided structure which could act as an open shelter accessible to visitors. There is potential to become a focal point backdrop for gatherings and tourist trail events. The work will radically alter how the battle site is perceived. 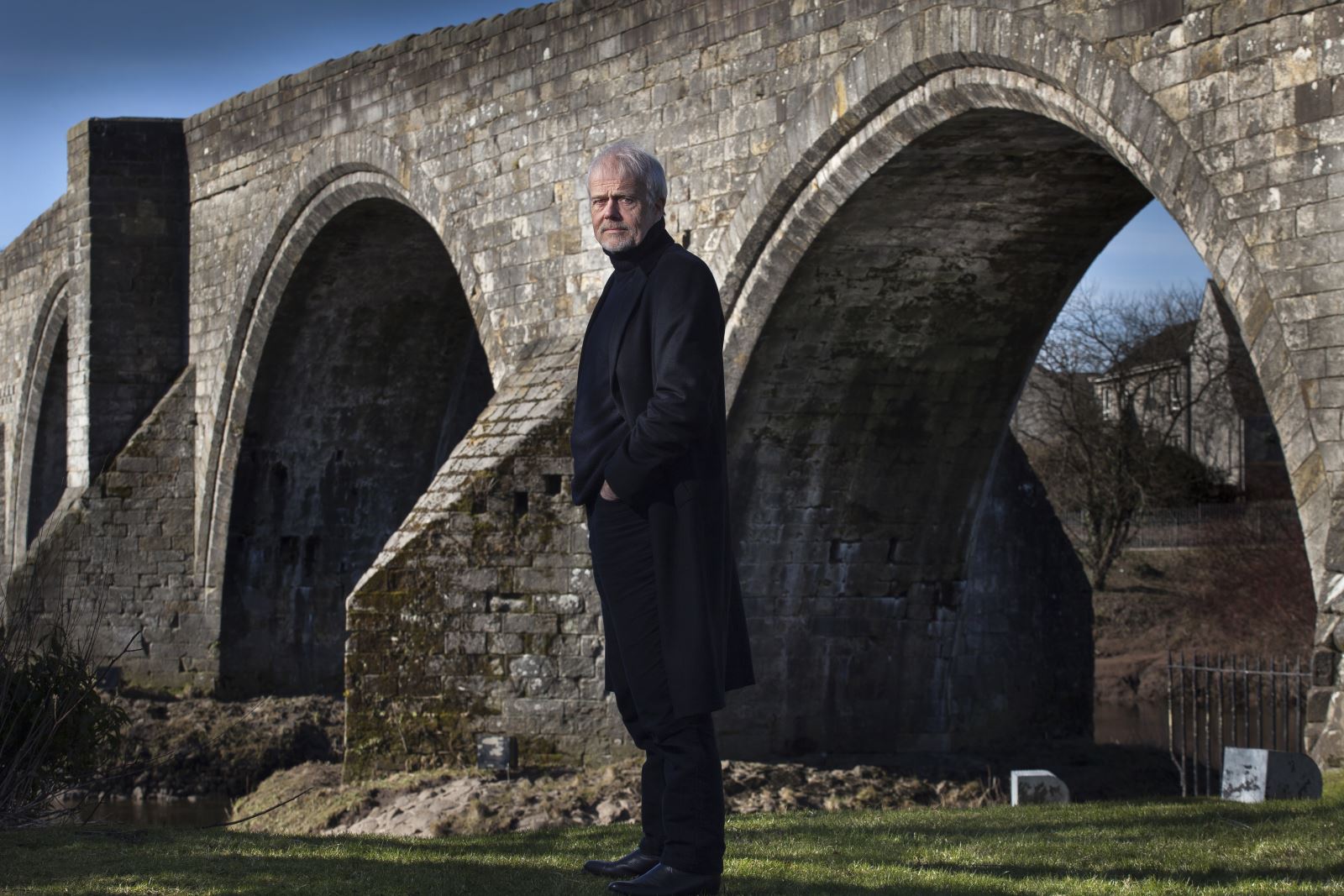 'For me, this work is all about making connections between people and places. The partnership between Wallace and de Moray as equals is emphasised in all directions.

'I felt the need to steer away from conflict with this design, even though it is based around a battle. It's about building bridges and the common endeavour of the two men and the way they came together in order to get a job done.

'I also wanted to take advantage of the site’s midway relationship to the Wallace Monument and Stirling Castle by creating a figurative artwork that not only sits in the present, but looks back to the past and forward to the future at the same time.'

GOST chairperson, Councillor Fergus Wood believes Robertson's proposed artwork could be taken quickly to the nation's heart, in the same way the giant Kelpies in nearby Falkirk have been. He said: 'The Trust aims to create an icon at Stirling Bridge which will bring together a glorious past and an exciting future for public art in Scotland.

'We are working in partnership with various organisations and companies to gives this important site its rightful place. In the future, visitors will come here and experience a sense of the site in Stirling and its significant place at the heart of Scotland's story.

'On a personal level, Malcolm's designs blew me away. They changed my view of what sculpture could be and the Trust is delighted to have him on board for this inspiring project.'

HOW TO MAKE A DONATION

Project manager, Kathleen O'Neill said: 'These ambitious plans depend entirely on public and private support over coming months. Anyone can be involved. Individual donations are most welcome and the project can offer magnificent marketing incentives to businesses, from the smallest to biggest, through national and international publicity.

'This is a major project for Stirling and Scotland.'

For more on the Guardians of Scotland Trust, visit the website.