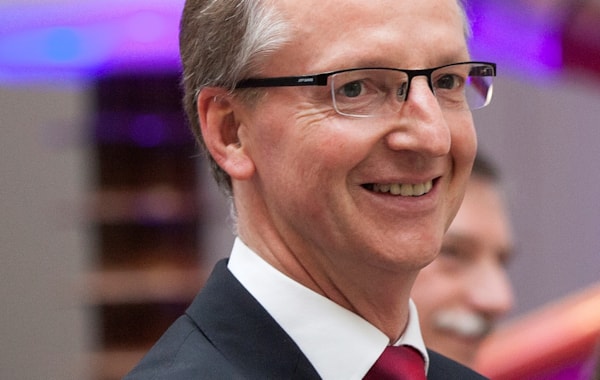 Dr Gordon Rintoul CBE, Director, National Museums Scotland, has announced that he will be stepping down in March 2020 after 18 years in the role.

Dr Gordon Rintoul CBE, Director, National Museums Scotland, has announced that he will be stepping down in March 2020 after 18 years in the role.

Dr Rintoul's departure follows the completion in February 2019 of the transformation of the National Museum of Scotland, a 15-year £80 million investment in the visitor experience at the Museum. The project, which created 29 award-winning galleries, vibrant new public and learning spaces and opened up the Museum to a wider range of people, has made the National Museum of Scotland the most visited museum or attraction in the UK outside London.

Dr Rintoul joined National Museums Scotland in 2002 and has overseen the organisation’s development into one of the leading museum groups in Europe.

Gordon has put a focus on strengthening the national collections through important acquisitions. An early achievement was the high-profile acquisition in 2004 of a British Airways Concorde and its transportation by river, land, and sea to the National Museum of Flight in East Lothian. In 2017, the Galloway Hoard, a unique discovery of Viking-age treasures, was saved for the nation by National Museums Scotland which raised the purchase-price of £1.98 million in 6 months.

Dr Rintoul Gordon was awarded a CBE for Services to Museums in 2012 and was elected a Fellow of the Royal Society of Edinburgh in 2018. Speaking about his contributions to National Museums Scotland he said: 'None of these achievements would have been possible without the extensive and committed work of our talented and dedicated staff and volunteers, and our committed supporters whether as donors, advisers or simply through encouraging our work. I am deeply indebted to them all for standing alongside me on this hugely enjoyable journey.'

Who will replace Dr Rintoul?

Dr Rintoul is due to step down from his role as director in March next year. A spokesperson for National Museums Scotland explained to History Scotland what will happen next: 'The role of Director of National Museums Scotland is a public appointment made by the Board of Trustees and approved by the Scottish Government. It is a high-profile role which will be advertised publicly and widely and is expected to attract strong interest from the UK and internationally.'