The National Trust for Scotland yesterday welcomed their Patron, HRH The Prince Charles, Duke of Rothesay and the Duchess of Rothesay, on their first visit to Burns Cottage in Alloway, Ayrshire.

The Duke and Duchess were greeted by the Lord-Lieutenant of Ayrshire and Arran, Sheriff Iona Sara McDonald in Alloway High Street before making their way to Burns Cottage to be met by Phil Long OBE, Chief Executive of the National Trust for Scotland and Caroline Smith, Operations Manager and Chris Waddell, Visitor Services Manager, both of the Trust’s Robert Burns Birthplace Museum. 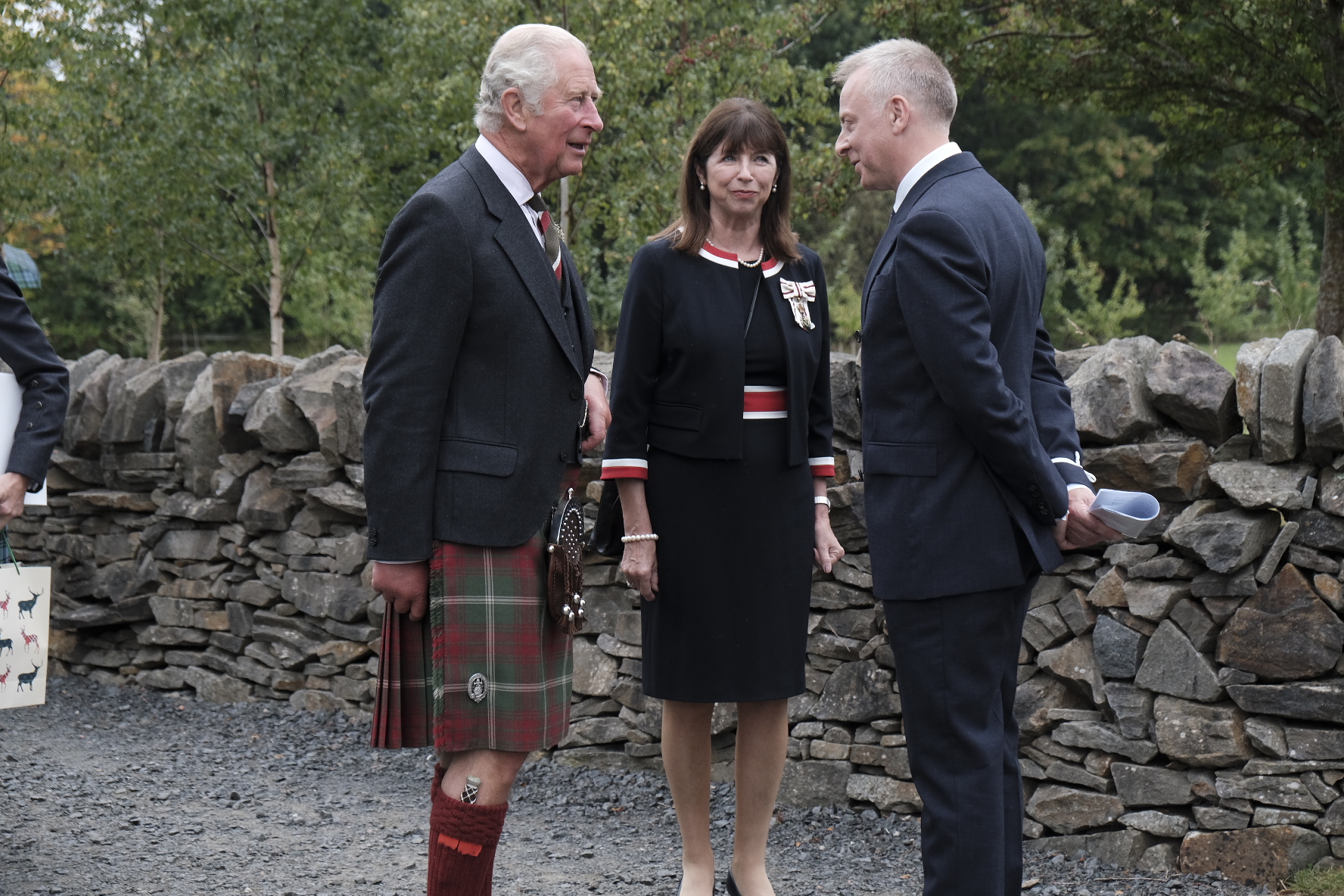 In the course of their visit, the royal couple entered the rustic cottage where Robert Burns was born on 25 January 1759.  The cottage was built by Burns’ father, William Burnes, a tenant farmer.

Among the items placed on display for the Duke and Duchess to view were:

The Duke and Duchess also met with local schoolchildren and enjoyed a brief performance played on a violin that had been owned by Burns’ dance teacher, William Gregg, and may have been played by the Bard himself.

On leaving the cottage, The Duke of Rothesay joined front-line staff and volunteers from the National Trust for Scotland at a reception to mark the charity’s 90th anniversary.

QUICK LINK: New research on the Declaration of Arbroath