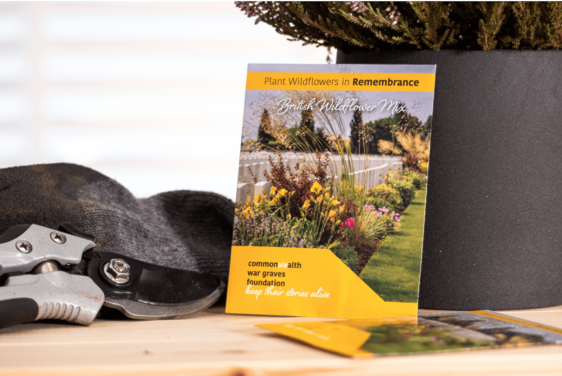 The Commonwealth War Graves Commission has announced details of the first ever War Graves Week, to be held from 21 to 28 May 2021.

The special week will 'shine a light' on the work of The Commonwealth War Graves Commission (CWGC) and the people who keep remembrance of our war dead alive. Events will take place online and at a number of cemeteries and memorials across Britain from 21 to 28 May 2021.

During the week, the CWGC will be putting on a series of online talks, as well as tours and events at sites around the country, with the aim of revealing its work and history, as well as its ongoing relevance as an organisation today.

The first part of War Graves Week launched with a Plant a Wildflower in Remembrance initiative. CWGC encouraging the public to remember those who died in the world wars by ordering a packet of wildflower seeds, and planting these wildflowers with the expectation that by War Graves Week in May, the flowers will have bloomed.

You can find out more and order your flowers at the CWGC website.

(report and image courtesy of CWGC)